With beauty and history in abundance, Zanzibar’s Stone Town is an atmospheric gem 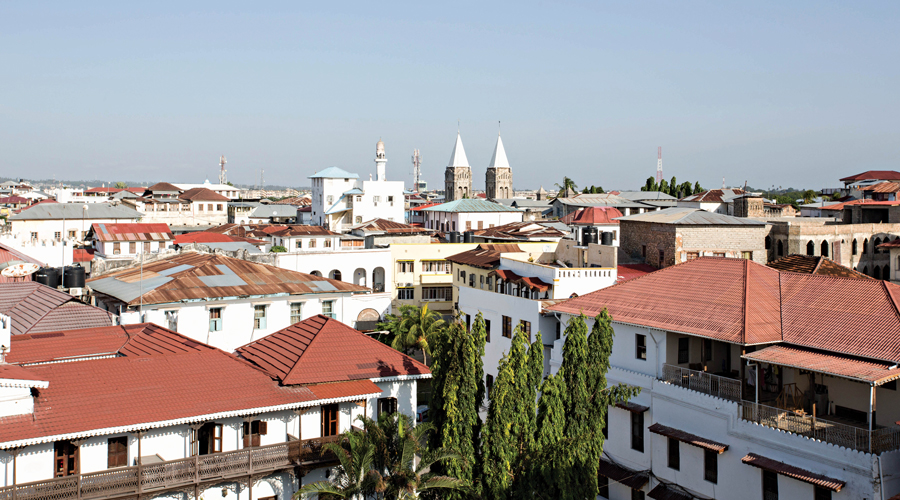 The past is everywhere. In the large and elaborate wooden doors that used to denote social position and wealth; in the 17th century fort that dominates the area of town opposite the Forodhani Gardens; in the House Of Wonders, built by Sultan Barghash Bin Said in 1883; and in the former residence of slave trader Tippu Tip.

The latter was known to David Livingstone, the famous British explorer, missionary and anti-slavery campaigner, who lived in Zanzibar for parts of the 19th century prior to his death in Zambia in 1873. Livingstone’s name, which represents all sorts of often contradictory imagery and emotions, pops up everywhere in Stone Town, as does that of singer Freddie Mercury, who was born here in 1946.

There’s even a restaurant on the beach called Livingstone, just along from the Park Hyatt Zanzibar and situated in the old British Consulate building. It has direct access to the sea and a bar that looks like it has been lifted wholesale from the late 1800s. It’s virtually empty when we visit, the showers of early May having kept tourists at bay.

Even the Park Hyatt has history. Partly housed in a 19th century seafront mansion known as Mambo Msiige, it sits on the most westerly point of Shangani beach. In many ways it encapsulates the diversity and turbulence of Zanzibar’s past.

Built by Sheikh Salim Bin Bushir Bin Salim Al Harthi, a wealthy Swahili tradesman who later became embroiled in a failed coup in 1859, the mansion was confiscated and given to the Universities Mission Of Central Africa for ten years, before being taken over by the British Agency in 1875. For his part, Sheikh Salim was executed in 1889.

It is from the hotel’s terrace overlooking the beach that you can watch Stone Town at work and at play. Dhows and fishing boats crisscross the sea without end, men play football, friends swim, and the occasional runner darts along the edge of the shoreline. Even in late spring it is beautiful.

Perched on the western coast of Unguja, the main island of the Zanzibar Archipelago, Stone Town is part Orientalist fantasy, part tropical delight.

You can learn a lot from this collection of islands 20 miles off the coast of Tanzania. They are overwhelmingly laidback, even if most visitors, seduced by the islands’ beaches, don’t give Stone Town more than a day, if that. Plastic bags are banned and even water bottles at the hotel, nestled perfectly on a curvature of the town’s coastline, are glass, not plastic.

You can also learn a lot from the islands’ embrace of the unedifying aspects of their past. Just off New Mkunazini street, for example, past the ever-popular Lukmaan restaurant and along a short uneven road lies St Monica’s Lodge. It’s a large but unassuming building, constructed in the late 19th century and suffering from the early ravages of time. 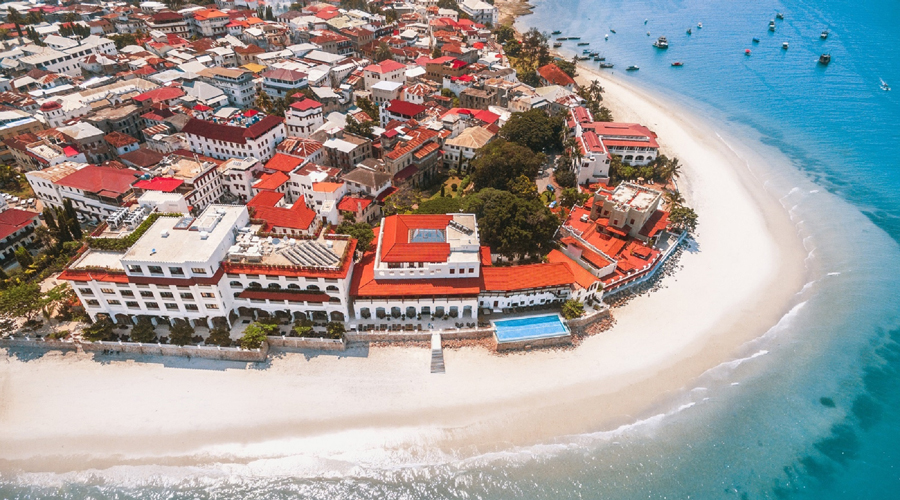 There’s nothing much of note to see aboveground, just rudimentary accommodation. It’s what lies beneath that matters: two underground slave chambers, barely high enough to stand in.

“The slaves were kept in here for two or three days without food or water,” says our guide. It is dark and humid and claustrophobic. Tiny slit-like windows cast weak shafts of light into both rooms and, although not original, a set of chains lie bolted to the concrete.

Outside, the recently renovated Christ Church Cathedral stands on the site of the former slave market.

Zanzibar is one of those rare places defined as much by its name as by its history. It may be a tropical paradise, but it was as a centre for both the slave and spice trades that it flourished under Omani rule. It is that legacy of trade – and the ebb and flow of Arab, Indian and European influence – that is evident in Stone Town’s architecture.

Described by Unesco as an “outstanding example of a Swahili trading town”, Stone Town’s urban landscape remains virtually intact, even if it is more than a little rough around the edges. Its buildings are cracked and peeling and its narrow, meandering streets easy to get lost in, although it is wonderful to wander aimlessly and without direction. You’ll get lost, but Zanzibaris will help you, although for a small fee or ‘donation’.

The buildings of Stone Town, “executed principally in coralline ragstone and mangrove timber, set in a thick lime mortar and then plastered and limewashed, reflect a complex fusion of Swahili, Indian, Arab and European influences in building traditions and town planning”, notes Unesco. Most of the major buildings date from the 18th and 19th centuries.

“Dhows and fishing boats crisscross the sea without end, men play football, friends swim, and the occasional runner darts along the edge of the shoreline. Even in late spring it is beautiful”

It is within the town’s meandering streets that Ali, our guide/stalker, tells me most of his stories. Partly because he wants to, but partly because he is keeping me company as my partner searches endlessly for kitenge dresses, despite the rain and despite the humidity.

Most of the stories involve slave traders and Livingstone, although a brief history of kanga, a colourful garment similar to kitenge, is thrown in for good measure. “Around the waist they write in Swahili, words such as love or God, and proverbs too,” says Ali, who is sporting a kofia, a sort of brimless cylindrical cap with a flat crown. “Everything is all right if we love one another,” he adds with a smile. Later he takes us to his stall inside the town’s spice market. 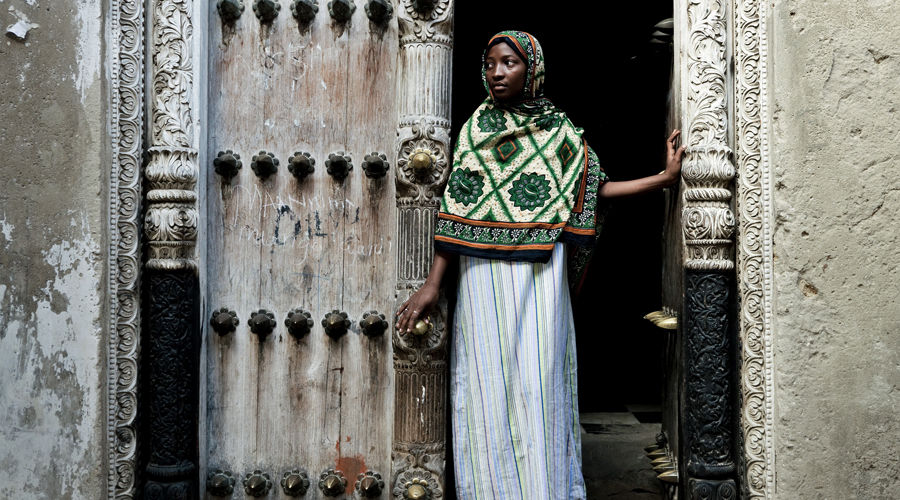 The people of Zanzibar are beautiful. On our second night, and for the second evening in a row, we dine at the night market at Forodhani Gardens. Danny, who talked of football the night before, runs up and hugs me. He serves us barbecue chicken and plantain. “This is local chicken, it’s not like a frozen Brazilian chicken. This is fresh. You are in Africa now,” he says, before leading me to the best stall from which to buy Zanzibar pizza. The latter is not a pizza at all, more a stuffed pancake fried on both sides.

On our last night we drink cocktails in the Park Hyatt’s Living Room. The name Mambo Msiige means ‘not to be copied or imitated’, and it’s easy to see why. All is calm. The sea, the air, the hotel itself.
Africa is being kind to us.

India: The places in between

Islands in the stream: Lombok and the Gilis
Advertisement