Islands in the stream: Lombok and the Gilis

Lombok no longer lives in Bali’s shadow, but the Indonesian island is aiming to learn from its neighbour’s mistakes by growing in a more sustainable way. Emirates Man sent Gary Evans to explore the area’s paradise beaches and active volcanoes 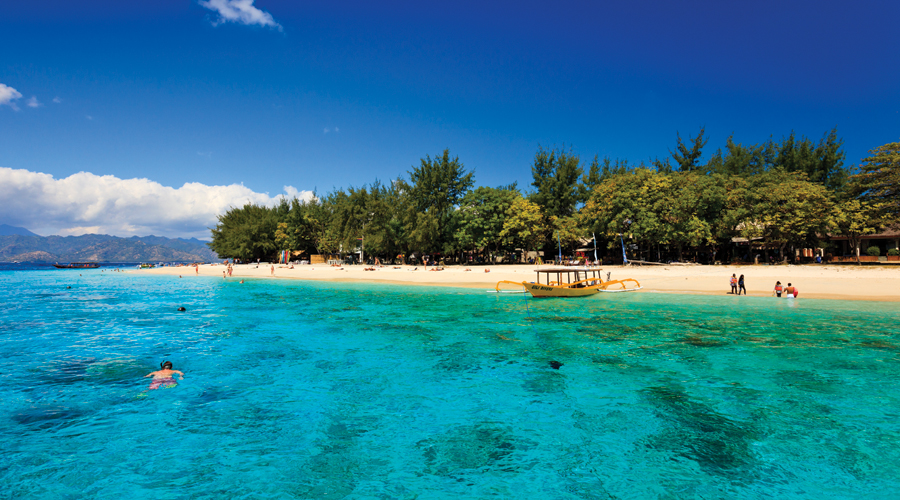 We pitched camp on the crater rim of an active volcano. Night fell and the wind got up. Fully clothed in my sleeping bag, I lay awake and waited for the wind, now more of a gale, a screaming gale, to tear my two-man tent from the ground and carry me the quick way back down to the bottom of the mountain.

My tent held out. At 4am, headlamp on, I set off in the pitch black towards the top. For three long hours I dragged my boots though loose volcanic rock – took two steps forwards, slid one step back – all the way up the steep and narrow ridge that led to the mountain’s 3,600-metre summit.

Gradually, then suddenly, the sun came up. Within the volcano’s massive crater sat a lake and a hot spring. In the centre of the lake, a smaller volcanic cone puffed white smoke. Beyond that, Lombok’s green forests rolled away into the distance until they met with the blue sea. And just off the island’s coast, I saw three much smaller islands, the Gilis. 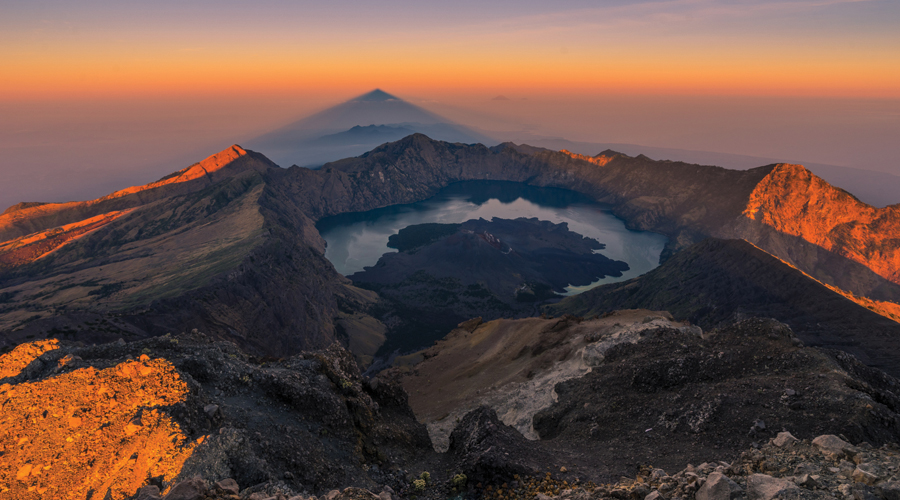 Roughly 17,000 islands make up Indonesia. Mount Rinjani props up the sky above Lombok – an island 40 kilometres west of the much busier Bali. The volcano last erupted in November 2015, when it blasted ash 3,000 metres into the air and shut down several nearby airports. But the eruption seemed trivial compared to the year’s worst environmental catastrophe, a “planetary disaster” that put Indonesia above China and America as the biggest global climate polluter.

The volcano last erupted in November 2015, when it blasted hot ash 3,000 metres into the air

In Indonesia, vast areas of land are set alight each year to clear the way for the production of timber, palm oil and pulpwood. A long dry season meant the fires spread uncontrollably. Nasa satellites detected more than 130,000 hotspots across the country in 2015 – an area equivalent to the size of Brunei.

On Lombok, more than 100,000 hectares of land in and around the Rinjani National Park are protected. There were no confirmed reports of ‘slash and burn’ fires on the island. People here, and on the Gili Islands, seem determined to learn from the mistakes made by their neighbours.

Flat whites on a desert island

The speedboat bounced over the blue sea between Lombok and Gili Air. The driver beached the boat and I jumped off into clear warm water, carried my bag over bright white sand and set it down on what turned out to be the island’s busiest street. Here a man stood alone next to a horse and cart. He took a long drag on his cigarette, blew smoke through his nose and finally said: “Taxi?” 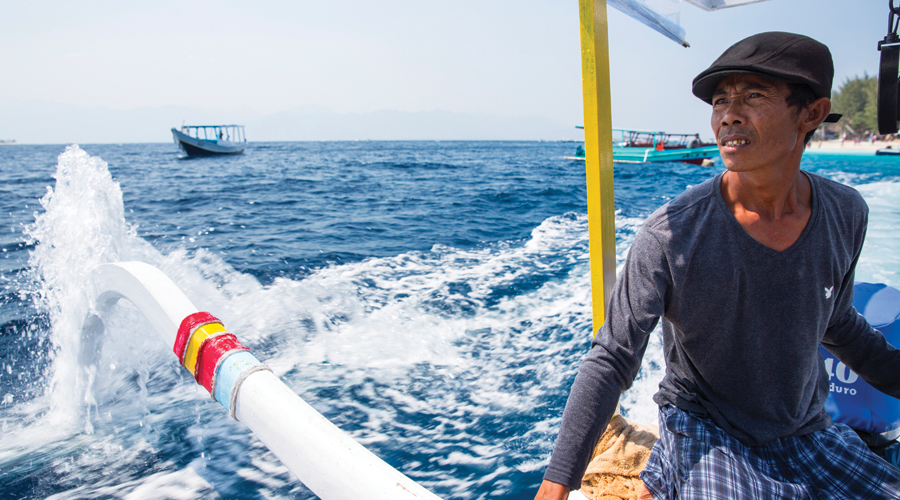 In Sasak, the local language, “gili” means small island. There are more than 30 gilis around Lombok, including the northwest archipelago of Gili Air, Gili Meno and Gili Trawangan. Just 50 years ago the Gilis were uninhabited. Some of the first settlers were the Bugis, farmers and fisherman from Sulawesi. They say that to claim a plot of land all you had to do was cordon it off with sticks and string. There are no cars or motorbikes or motorised transport of any kind on the islands. A taxi is a horse-drawn carriage called a cidomo. Other than that, you’re cycling or walking.

They say to claim a plot of land, all you had to do was cordon it off with sticks and string

The guidebooks will tell you Trawangan is the party island, Meno the desert island and Air somewhere in between the two. You can walk around each island in about an hour – and will go whole stretches without seeing another local, never mind a tourist. Gili Meno, in particular, with a population of 400, feels like a proper desert island.

Adding to the backpackers and dropouts who have been coming to the islands for years, Air and Trawangan now attract sporty families and smart Europeans. While more and more pricey shops and boutique hotels are popping up, you’re never more than a 10 minute stroll from your own secluded bit of beach. They still have the air of a desert island, but a desert island for people who want to be within walking distance of a decent flat white.

One night on Trawangan, I got talking to someone, who introduced me to someone else, who said I must meet the man who invented bungee jumping. The following night I ended up on his boat, a 25m hand-built wooden cruiser called the Princess Margaux.

I’ve been on a fair few bar crawls in my time, but none in which each bar I visited stood on a different island. Once out at sea, AJ Hackett, a New Zealander, explained how he illegally bungee jumped off the Eiffel Tower: two “beautiful girls” distracted security guards so he could sneak to the top, where he spent the night. First thing the following morning, he jumped. The publicity helped Hackett make a successful business of bungee jumping.

That happened three decades ago. The Kiwi kept a holiday home on the island for many years before turning his beachside estate, a former coconut plantation, into six bungalows for tourists. 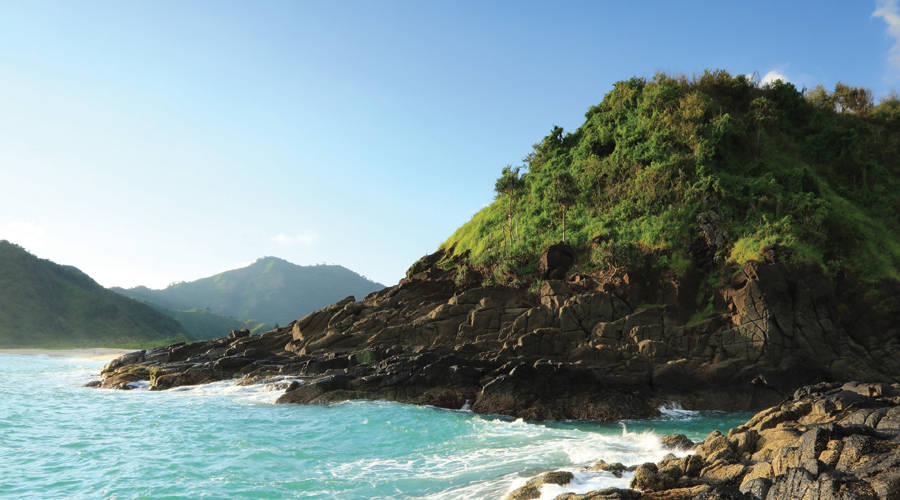 Hackett is busy building six more, using natural materials and local tradesman. Even when they’re finished, coconut palms will outnumber bungalows by a hundred to one. The estate, Pondok Santi, falls in line with a recent local government mandate, calling for 80 per cent of new tourism developments to feature some form of eco-tourism.

Hackett said the islands have changed a fair bit since he first arrived, not always for the better. He suggested I meet someone trying to put some of those things right.

Local fishermen now patrol the waters that their peers once dynamited

Fixing what the fishermen blew up

Sitting in between the Indian and Pacific Oceans, many rate Indonesia as one of the best places in the world for diving. But as much as 80 per cent of Trawangan’s shallow reefs were destroyed by dynamite fishing. Delphine Robbe found an innovative system to regenerate lost coral. 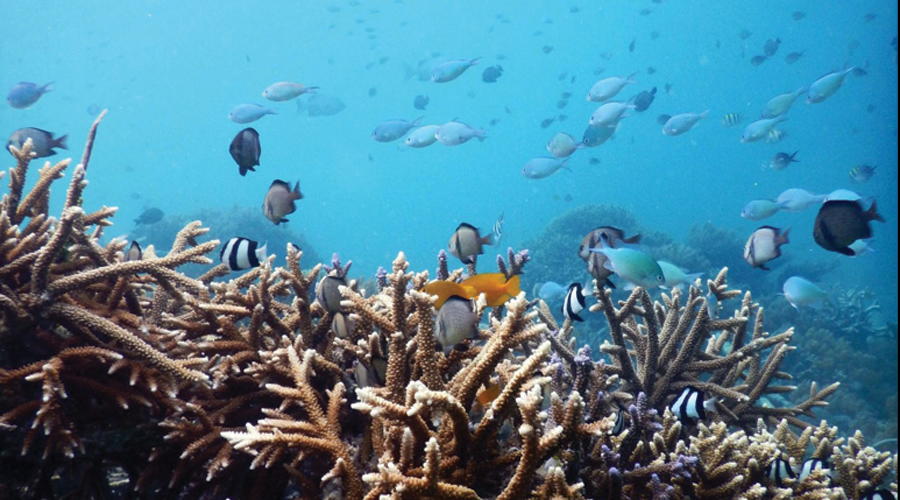 Calcium carbonate forms around almost anything sunk into the right kind of marine environment – a shipwreck, for example. This is the stuff on which coral thrives. Robbe and her team build a metal structure and lower it down into the seabed. They pass a small electrical current through this frame and calcium carbonate grows around it. Next, they attach small pieces of natural coral to the structure. The coral thrives, growing as much as six times faster than normal. It’s also stronger and more resilient than normal. The method is known as biorock. Robbe, coordinator and project manager of the Gili Eco Trust, set up 124 of these structures around Gili Trawangan and Lombok. The Frenchwoman persuaded the island’s major dive operators to join the project as sponsors. In return, they receive a biorock instillation in the water in front of their shops, and all the marine life it attracts. Divers pay a tax to support the project. Even fisherman now help patrol the waters their peers once dynamited. As well as improving conditions for the Gili’s workhorses, she also helps the islands get rid of rubbish tourists leave behind in more eco-friendly way.

Dawn. On a battered old moped with unforgiving suspension, I followed a surfer as he motored down a steep and potholed dirt road, board lashed longways to the side of his off-road motorcycle – a much more appropriate bike for the terrain.

We parked up on Mawi beach and he opened out his arms, as if to say, ‘See, what did I tell you.’ After a few perfunctory stretches, he was away – running, surfboard under arm, towards a clear and green and blue sea, where huge waves broke and rolled up onto a secluded white-sand beach enclosed by high green headlands.

Twice a day – at very changeable times –a little public boat tootles between all three of the Gili Islands. Bigger ones head to Bali and elsewhere, but I took another speedboat back to Lombok.

An international airport opened on the island a few years back and tourism’s grown steadily ever since. But compared to Bali – and even the Gilis – Lombok is often overlooked by tourists. That also means the island remains largely unspoiled.

Coastal town Kuta, popular with surfers, still has a proper frontier feel and makes a good base to explore the beaches around the south of the island, all connected by a spectacular winding, rising, falling coast road that thread its way through many little villages. 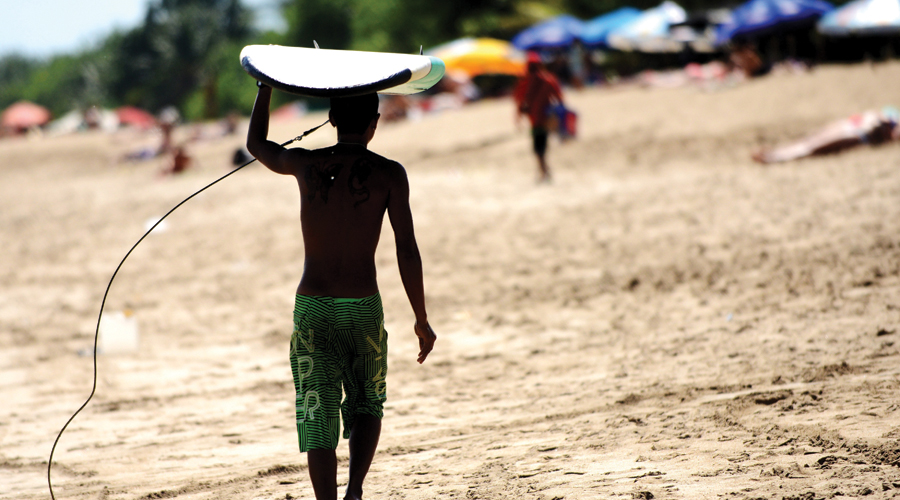 Mawun, Tanjung A’an and Selong Belanak are all very good beaches – wild beaches compared to the Gilis – but the best of the lot is Mawi, perhaps because the dirt road down to the sea is so bad.

I asked an old surfer I followed down to Mawi why he stopped going to Bali and started coming here. He said, “Lombok is like Bali, but Bali 20 years ago.” Here’s hoping it stays that way.

Beirut: Tales From The City