Stefano Ricci, maker of hyperexpensive menswear and accessories, has outfitted Middle Eastern scions, Kremlin power brokers and world leaders. He is the go-to-guy for men who hold the fate of the planet in their hands – and those with plenty of cash in the bank 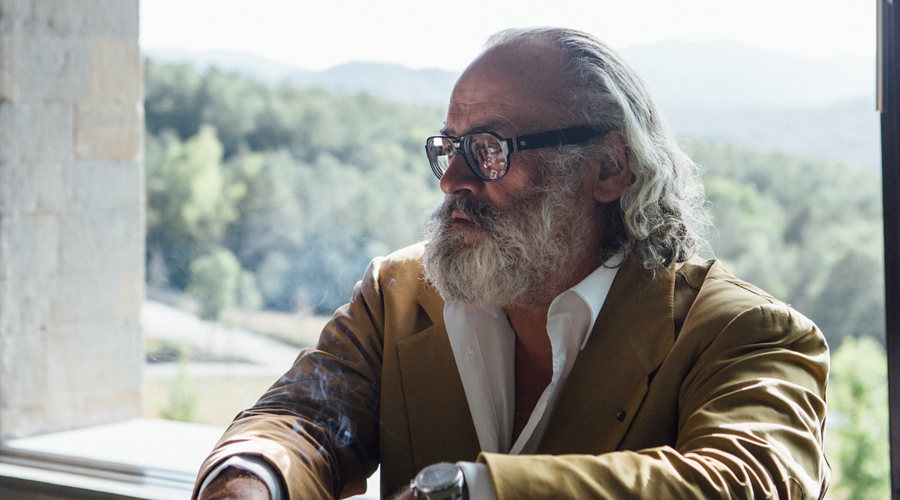 At the Stefano Ricci boutique on Park Avenue, Filippo Ricci, the brand’s creative director, was recounting a story about one of his clients, a wealthy industrialist.

“He had his first son’s wedding one year, so he bought a pair of three-carat diamond cuff links that we made in our workshop,” said Filippo, the younger son of the label’s founder.

“A year later,” he continued, “his other son got married. So we presented him with an $80,000 tie, with 100 diamonds on it. We made six of them. One of them is owned by Elton John. When we went personally to deliver it, we said, ‘Are you happy with the cuff links?’”

The father responded with a shrug. “You know what?” he said, according to Filippo, 34. “I lost them at the wedding. I partied
too much.”

Such mishaps are bound to arise when your client base is the 0.001 per cent.

It is not so well known in the United States as its fellow Florence-based luxury brands Gucci and Salvatore Ferragamo, given its focus on emerging markets such as Russia, China and the Middle East.

But at a time when the balance of power is tipping eastward, and leaders like Donald Trump and Vladimir Putin have revived the concept of the unapologetic strongman, the time might be right for Stefano Ricci’s sumptuous brand of oligarch chic.

Consider the eagle: a predator among predators that symbolises not just fierce individualism in the United States, but strength in China, dynastic glory in the Middle East and ruling authority in Russia going back to the czars. 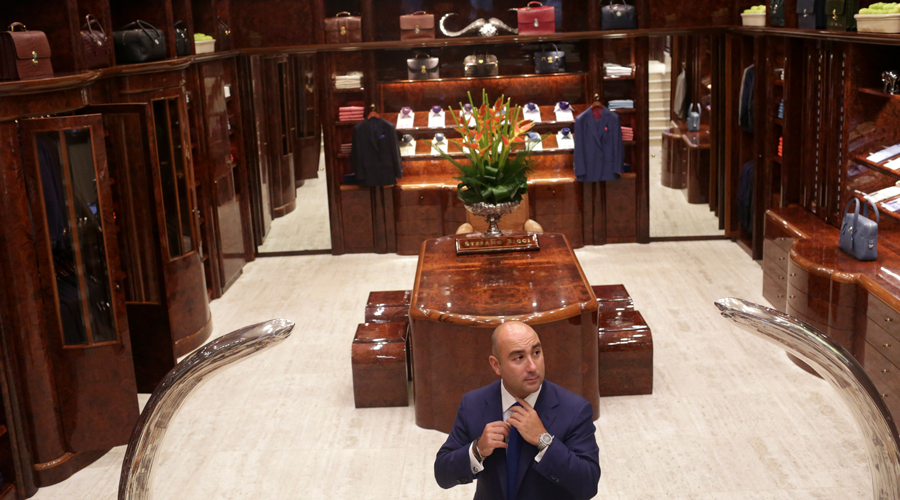 Which explains, in a roundabout way, why the eagle is an apt logo for Stefano Ricci, popping up on $5,000 Stefano Ricci crocodile sneakers, $1,950 silk-and-crocodile baseball caps and $2,000 matte crocodile sunglasses. The company even uses bronze eagle heads in place of the standard human ones for its in-store mannequins.

“I’m emotionally tied to the concept of the eagle, with its elegance,” Stefano Ricci, 67, said in an interview. “The eagle stands for a sense of strength, control.”

That matters when you’re selling $25,000 custom suits to heads of state or $120,000 crocodile shirts for nightclubbing industrialists.
To the Stefano Ricci client, clothing serves a psychological function as much as a sartorial one – it must remind everyone, the wearers most of all, that they stand bestride the world like a colossus.

It is that very swashbuckling sensibility, in fact, that Stefano Ricci himself relied on to build his business.

Since 1972, this Falstaffian Florentine – who hunts buffalo in Tanzania, keeps falcons on his Tuscan country estate and wears a set of ivory cuff links presented to him by a shaman in Africa – has charted his own course, one that seems to cry out for satellite navigation, given that, among its 54 stores worldwide, the company operates boutiques in Yerevan, Armenia; Baku, Azerbaijan; and Astana, Kazakhstan, in addition to those in standard fashion capitals like Milan and London.

That eastward expansion – a reversal, of sorts, of the Silk Road that once led from Asia to Italy – has been a company strategy since it opened its first outpost in China in 1993, when a Stefano Ricci tie cost about four months’ salary of the average Chinese worker, Stefano said.

“Everybody thought that I was crazy,” he said. “They were not wrong.”

But he said the potential was obvious to him when he walked the streets of Beijing and Shanghai back then.

“I had the opportunity to see all these young people that were just walking faster than how I was used to seeing the people walking,” Stefano said. “When I looked into their eyes, I found an energy. I decided, my God, these people are going to conquer the world.”

The brand also specialises in the kind of customer service meant to impress its alpha-male clientele. One client, a “world leader” whom Filippo declined to name, as a matter of company policy, needed a new power suit a few years ago for an important appearance at a conference of the Group of Eight industrialised countries. Stefano Ricci flew a tailor to the G8 meeting, where he produced one in two days.

Another client from East Asia used to send a plane to Florence every month to pick up 100 silk shirts at a cost of about $1,000 apiece. “He only wears silk shirts,” Filippo said. “But a month only has about 30 days; that’s three shirts a day.”

Even when client requests push the boundaries of good taste, the company is happy to satisfy them – up to a point. One well-heeled Ukrainian client, for example, asked the label to design a crocodile trench coat with a mink collar in a custom shade of lemon yellow to match his Harley-Davidson. “We convinced him, and he got it in black,” Filippo said.

In a sense, you get what you pay for. Stefano still renders the designs by hand, in pencil. “He doesn’t even have an iPhone,” Filippo said. Many suits are made from limited-edition fabrics, “so there might be maybe ten suits around the world made of that fabric”, Filippo added.

Adding to the sense of exclusivity, the company chooses to shred thousands of unsold items each year – shirts, jeans, even suits – rather than offer them at reduced prices in sales.

And while other brands’ business suits for the straphanger-class executive are typically made from relatively heavy, durable fabrics like Super 100-grade wool, Stefano Ricci’s suits start at the finer, more delicate Super 150, and go all the way to an ultrafine Super 240, woven from fibres one-fifth the size of a human hair, creating a fabric that is highly sensitive to humidity and wear.

“They are beautiful to look at,” he said, “but it’s like preserving a fine wine.” 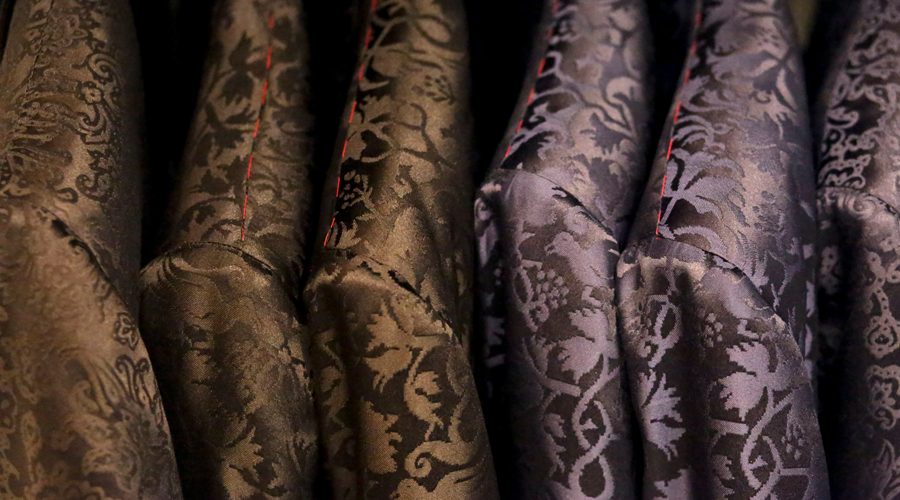 It is interesting, then, that Stefano Ricci’s most famous client, Nelson Mandela, eschewed such attire when he attended a 1996 banquet in his honour at Buckingham Palace with Queen Elizabeth II. The South African president raised eyebrows by greeting the queen in a look that might be described as Stefano Ricci casino casual: a black jacquard silk shirt and slacks. But as he later recounted to the Ricci family, Filippo said, the queen told him, “You have a very nice shirt.”

Despite his endless world travels, for both fun and business, Stefano hardly considers the United States an afterthought. This year, the company plans to open boutiques in Miami and Las Vegas, bringing the total in this country to five.

The Miami location, in the budding luxury and art enclave of the Design District, will feature a brighter, breezier interior design and an emphasis on sportswear, not just suits, to cater to a younger clientele. The same goes for the second Las Vegas boutique, in Wynn Plaza, where the opportunities are considerable, Filippo said: “If they win, they will spend money to celebrate. If they lose, they will spend money to feel less depressed.”

As with any expansion, this one is not without risks, particularly in a time of great economic uncertainty, with wobbliness in the luxury sector.

If nothing else, however, Stefano always feels as if he can look to the skies for guidance. Throughout his travels, he said, in the Northwest Territories, the Yukon, the Alps, South America, “I always had over my head, an eagle flying. And I was always begging the eagle, help me to go home safe”.

So maybe that’s the real meaning of the eagle in his collection – the eagle as guardian angel.

“Maybe I don’t deserve as much an angel,” he said with a hearty smoker’s cough. “But I appreciate the presence.” 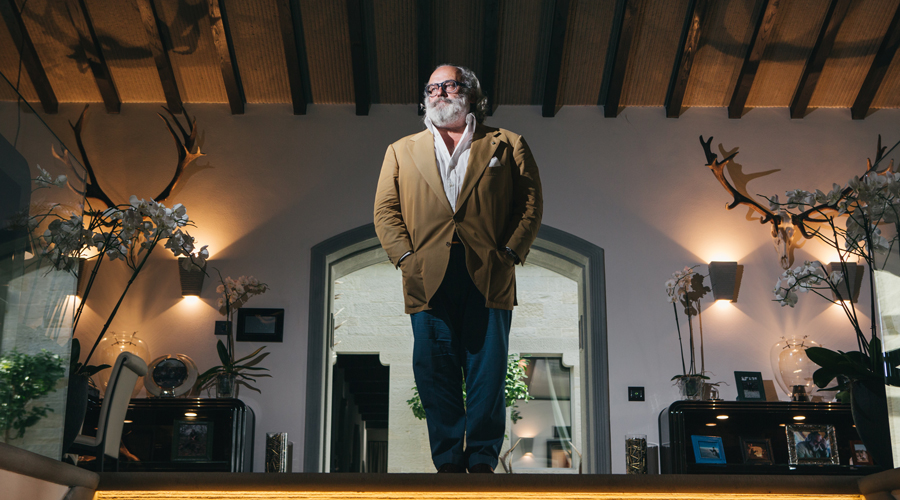 Five Parisian labels you should know

Marcelo Burlon: The Maestro From Milan

From Delhi to the World
Advertisement