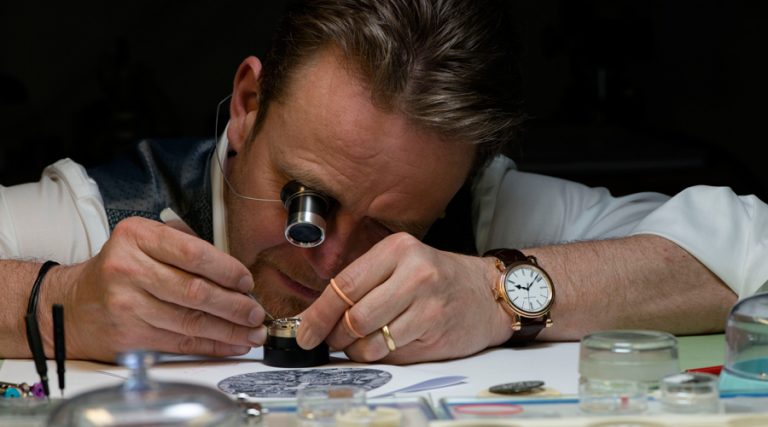 UAE watch aficionados will be gathering en masse this month for the welcome return of Dubai Watch Week, an event that attracts the industry’s big-hitters for five days of horological seminars, workshops and round-table discussions.

Now in its second year, the event, which runs from November 15 to 19, was a huge success last year, attracting around 2,500 visitors. Organisers will be hoping to better that this time around with an even more impressive roster of top names signed up to impart their knowledge.

The brainchild of luxury retail group Ahmed Seddiqi & Sons, Dubai Watch Week is the closest thing the Middle East has to Switzerland’s Basel World, where almost every major brand flaunts their latest models.

Aimed at collectors, buyers, connoisseurs and even the fresh-faced newbie looking for tips on purchasing their first serious timepiece, Dubai Watch Week is far more accessible affair than Basel World, although you can still expect to encounter plenty of well-heeled watch nerds who can reel off Patek Philippe reference numbers with alarming (excuse the pun) accuracy. 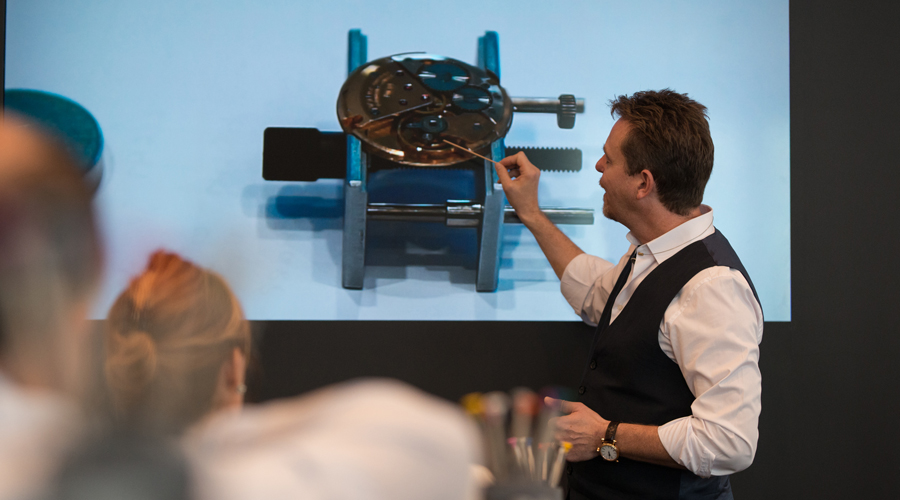 Read:
Islands in the stream: Lombok and the Gilis
Nine ways to win at Twitter
Robots Are Taking Over And It’s All Our Fault

Those who went to last year’s event will know that the ‘panel’ discussions (usually featuring a line-up of several experts, followed by a Q&A) are among the most popular sessions on the packed schedule, with audience members invariably eager to engage in a lively debate with panellists.

This time round there are no less than 16 panels spread over the five days, all of which take place at the Empty Quarter gallery in DIFC. One, on the hot topic of smartwatches, should raise a few hackles with the purists, while budding entrepreneurs will flock to the Friday panel on how to start their own brands.

The penultimate panel on the final day of the event entitled ‘Brand Ambassadors’ (does Daniel Craig/James Bond wearing an Omega really make you want to buy the watch?) is another one that is guaranteed to put backsides on seats, so make sure you get your ticket early. 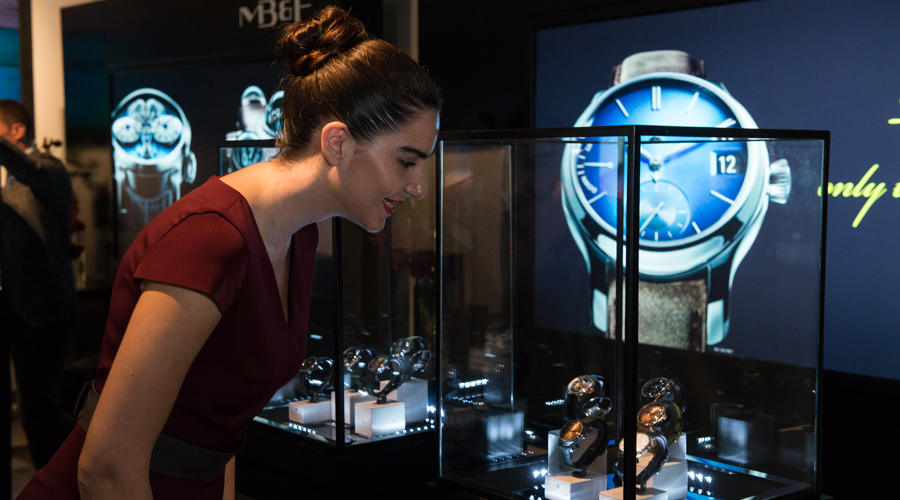 This year’s event also sees a brand new part of the programme called the Creative Hub, said to be “a platform designed to foster creativity and showcase innovation”. While the exact nature of these sessions is unclear at the time of writing, it will be hosted by various brands from leading watch website Hodinkee to venerable watch giant Vacheron Constantin and is said to include limited-edition unveilings and social media initiatives.

Meanwhile, the watch-making masterclasses, hosted by such illustrious brands as Panerai, Jaeger-LeCoultre and IWC at the Art Space venue, are likely to be more technical affairs (basically, you might want to give it a miss if you don’t know your bezel from a balance cock and think Laurent Ferrier is the latest Arsenal signing).

Of course, if you still think all this stuff is strictly for the connoisseurs, you can always just turn up and admire the aesthetic beauty of the watches. On public display for the duration of the event will be the winning models of the 2016 Grand Prix d’Horlogerie de Genève, the only globally recognised independent international awards for excellence in watchmaking. Expect superlative timepieces from Piaget, Ulysse Nardin, Mont Blanc, Blancpain et al. 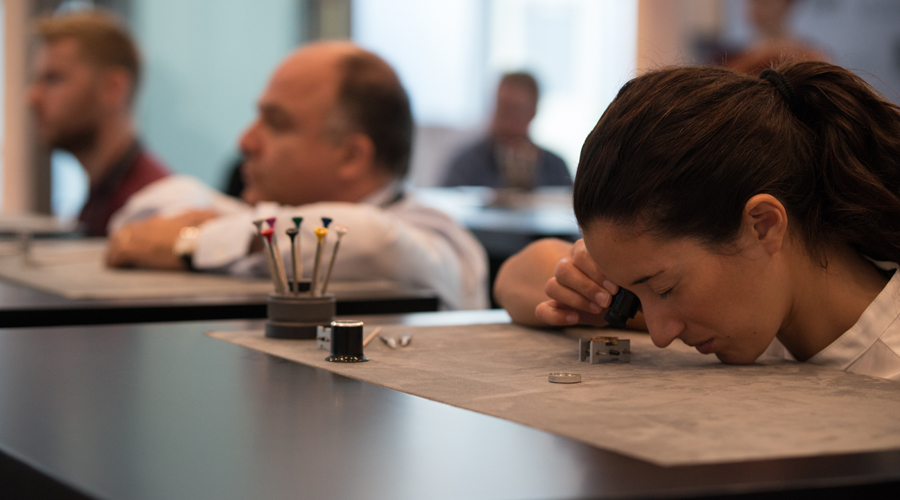 There’s also art by pioneering Emirati painter Abdul Qader Al-Rais. His work, entitled Zaman: ‘Time’ A View From The First Ahmad Siddiqi And Sons Shop, sees the artist pay homage to the Seddiqi family’s first watch shop in Dubai, which opened in the 1940s. It is one of two works by the artist that were commissioned by the Seddiqi family for the event.

While the majority of the events are taking place in the gallery area of DIFC there are two exhibitions worth checking out in Dubai Mall, too. Mastery Of Time and 24 Hours In The Life Of A Swiss Cuckoo Clock can be found in the Grand Atrium and Fashion Catwalk areas, respectively.

So with Dubai Watch Week pretty much unavoidable, and another slightly smaller watch event preceding it (Dubai hosts the excellent annual Salon des Grandes Complications from November 7 to 10), if you’re not already a convert to watch-mania you probably soon will be.

Names to look out for at Dubai Watch Week 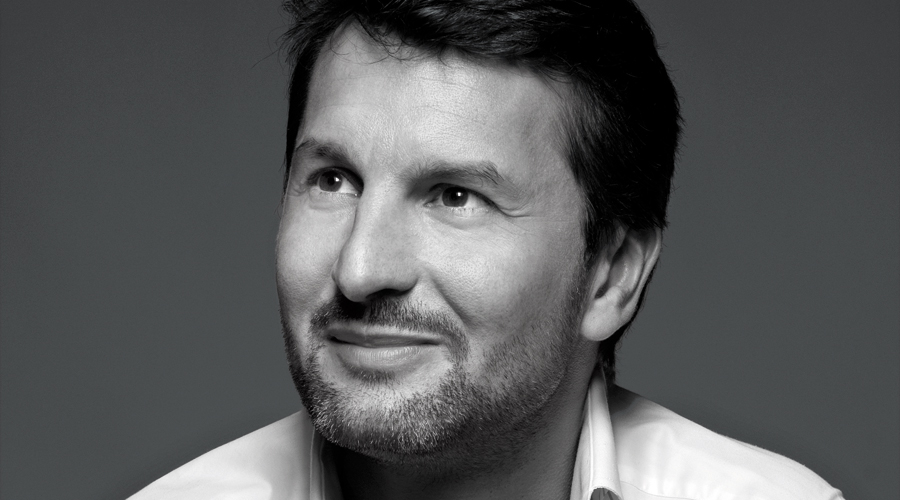 1. Aurel Bacs: King of the auctioneers, the multilingual Bacs is a smooth operator with an encyclopaedic knowledge of the high-end vintage watch market. Formerly the head of Christie’s watch department, he’s the man to ask whether the Rolex you inherited from your granddad
will be worth a fortune in ten years.

2. Max Busser: Busser, who now spends much of his time in Dubai, heads the maverick watch company, MB&F (Max Busser & Friends), whose incredible futuristic creations blur the line between watches and mechanical art (check out the MB&F M.A.D. Gallery at Alserkal Avenue sometime).

3. Philip Dufour: This avuncular, pipe-smoking Swiss national is known by his peers as the “pope of watch-making”. The legendary Dufour’s timepieces sell for upwards of Dhs334,000. Yet even if you can afford that, you’ll still have to join a customer waiting list the length of a communist-era bread queue. Dufour is the man all the watch nerds and bloggers will be trying to get a selfie with.

4. Stephen Forsey: English watchmaker Stephen Forsey co-founded the wonderful Greubel Forsey, another company whose dazzlingly intricate timepieces can be described as horological art and have to be seen to be believed.

5. Ariel Adams: The founder and editor-in-chief of aBlogtoWatch.com is refreshingly jargon-free with a conversational style that doesn’t alienate the watch neophyte. Adams, author of the book The World’s Most Expensive Watches, also regularly writes about the subject for Forbes. He is set to join one of the panels at the event.

– For more about the UAE’s lifestyle, news and fashion scene straight to your newsfeed, follow us on Facebook

Are you smarter than a goldfish?

Five american labels you should know

Autonomous cars are the future…
Advertisement