One of the UAE’s toughest cycle events returns, a 206km ride from Sharjah to Fujairah 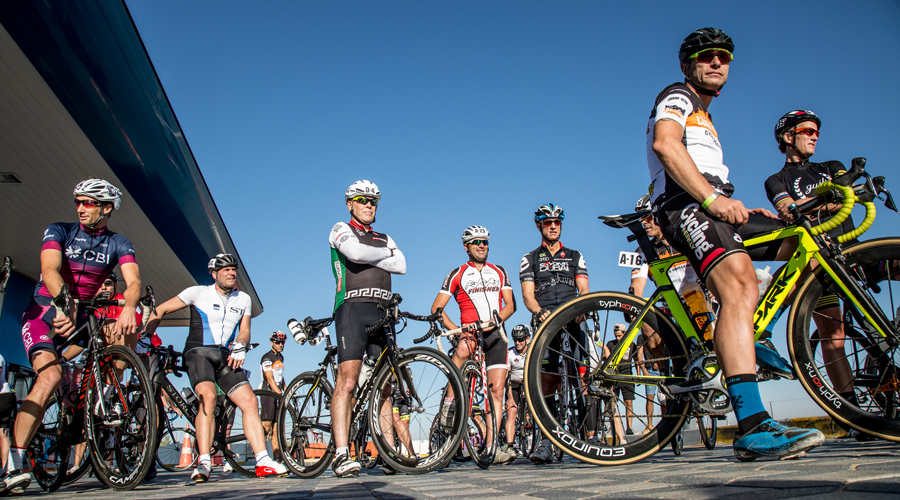 What’s the farthest you’ve ever travelled on a bike? 50km? 100km? If that’s not far enough for you, then you’ll want to sign up for one of the UAE’s toughest events – the Coast To Coast Cycling Challenge, a 206km ride from Sharjah to Fujairah. It’s an event popular with cyclists from Dubai, Abu Dhabi and beyond with more than 300 riders taking part in 2016.

The ride takes place November 17 and crosses the country via the E102, and heads for the hills of Hatta before finishing with a 60km segment along the Eastern coastline towards Fujairah. Included in the Dhs550 entry fee are support cars and feed stations along the route, a barbecue at the finish line to help you refuel and a Coast To Coast-branded cycling jersey to show off your achievement.

The Coast To Coast was started back in 2005 by Wolfgang Hohmann, owner of Wolfi’s bike shop in Dubai. “For most riders that distance is quite a challenge, and crossing from one ocean to the other side makes it special,” says Hohmann, who’s ridden the route more than 20 times. “The group feeling of doing it together is incredible, especially during the last 60km where you have to really work together because of the wind.” And there’s plenty of challenges before that final stretch, he adds. “The first 100km is flat but that can be hard depending on the wind. Then it’s 60km of undulating terrain with a big climb, then a flat 60km into the wind. The wind can be strong on the way out, which can be quite a challenge as the groups have to echelon across [ie, spread across] the highway.” 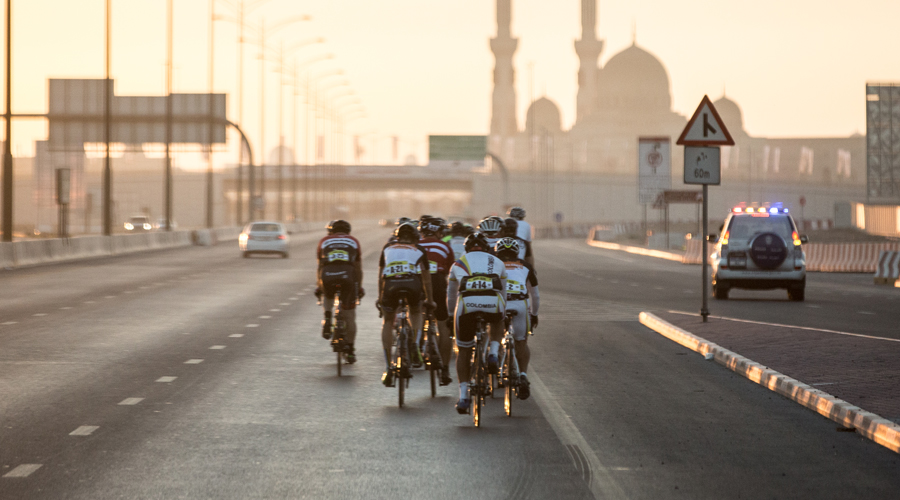 Hohmann’s also got some tips for people taking part for the first time. “Make sure you train for it. Get a good sleep the night before. Get enough food, and start eating and drinking early, before and during the ride. Be as self-sufficient as possible. Get your nutrition sorted.”

De Jong and Urban Ultra have big plans for the ride – they hope one day it’ll be as big as South Africa’s Cape Town Cycle Tour. “They get 35,000 people a year taking part,” she says. “It’s our dream to make this the UAE’s equivalent. 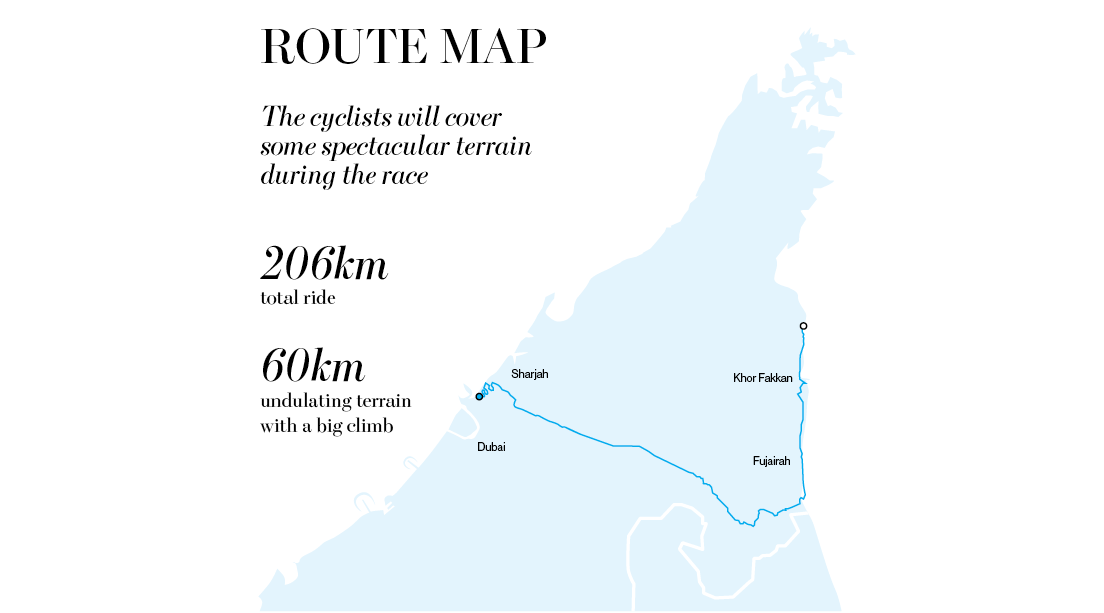 The Evolution of The Hollywood Baddie

Yasmine Hamdan: ‘I miss the Beirut I used to know’

Off The Wall
Advertisement