The UAE is set to host the Club World Cup final again this year. Can the FA rise up to the challenge? 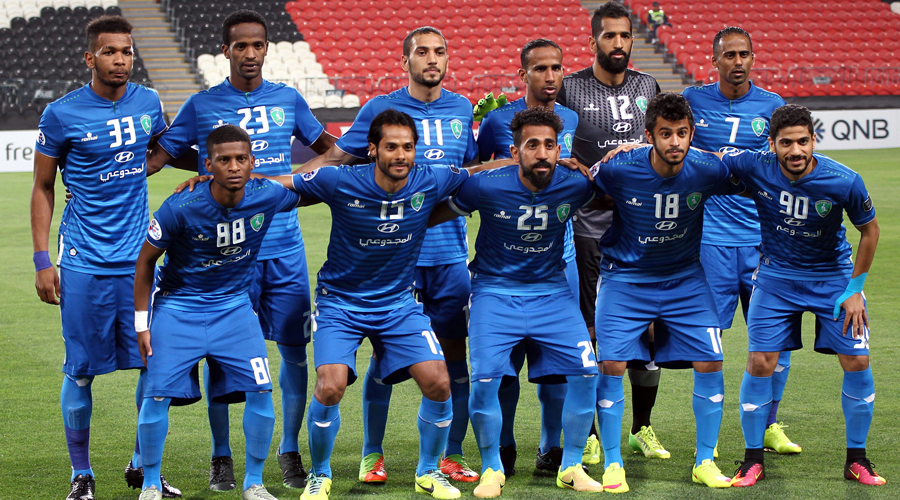 Barasti will roll out their beachside big screen, Hemingway’s will be fitted out in football paraphernalia, and McGettigan’s will be even more raucous than usual. The annual UEFA Champions League final is always one of the most-watched events on the Emirates’ sporting calendar, yet this year’s match on June 3 takes on added significance for those in the UAE.

The winners of Europe’s premier club competition will, as usual, qualify for the FIFA Club World Cup, as will the champions of each of FIFA’s other five continental confederations: Asia, Africa, Oceania, South America, and North and Central America and the Caribbean (Concacaf). However, unlike the past two years’ events that were held in Japan, this year’s tournament will be held in Abu Dhabi. From December 6-16, the best teams in world football will descend upon the UAE capital.

We already know Barcelona, Paris St Germain and Bayern Munich will not be playing at Zayed Sports City. We also know Leicester City’s fairytale will not culminate at Al Ain’s Hazza Bin Zayed Stadium. We will though soon learn whether UAE residents will be watching Real Madrid live for the first time since their 2014 Dubai friendly, whether Atletico Madrid’s Antoine Griezmann or Juventus’ Paulo Dybala will make their first appearance in the Emirates, or whether Monaco’s Kylian Mbappe will get the chance to display his unquestionable talents against continental competition. 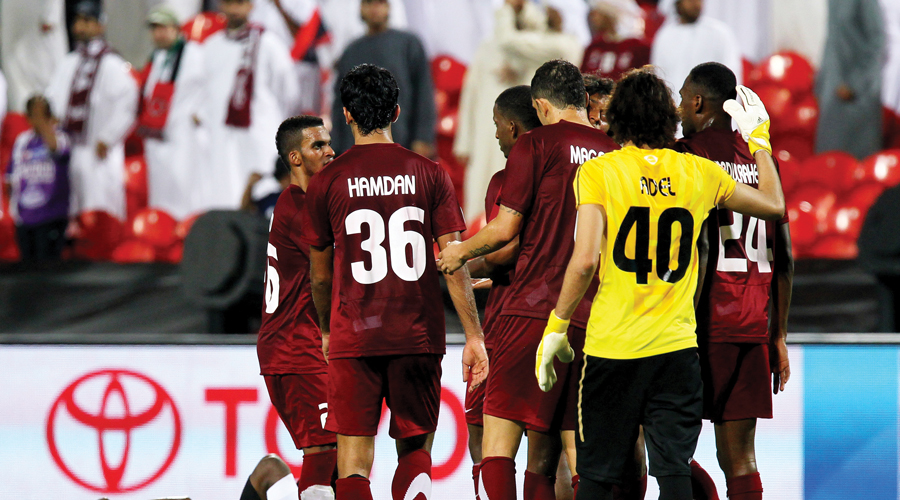 When the final whistle blows inside Cardiff’s Millennium Stadium to confirm the new kings of European football, it will bring to an end a flurry of matches around the globe that will have decided more than half of the seven clubs set to contest the cup in the capital. Concacaf’s place was decided on April 26, while a double-header between New Zealand duo Auckland City and Team Wellington will culminate on May 7 to confirm Oceania’s representative. UAE, as host nation, will almost certainly be represented by Al Jazira, champions-in-waiting of the Arabian Gulf League. And then there is the European champions, to be decided the first week of June — before being immediately installed as favourites to lift the trophy.

It is true that the FIFA Club World Cup, billed as a ten-day tournament involving the best club teams on the planet, does not hold the same level of prestige in Europe as it does on other continents. While South Americans take great pride in participation, Karl-Heinz Rummenigge, who leads the European Club Association, recently called for the tournament to be abolished. Such a lop-sided standing, however, does not deter European sides from almost absolute domination. The UEFA representative has won nine of the past ten tournaments, with only Brazil’s Corinthians breaking Europe’s stranglehold, beating Chelsea 1-0 in 2012.

Such dominance has seen calls for a shake-up and FIFA president Gianni Infantino has intimated that when the sport’s governing body meet in Bahrain for its annual congress, the prospect of expanding the tournament to include up to 32 teams from as early as 2019 will be discussed.

“Today football is not just Europe and South America,” Infantino told Spain’s Mundo Deportivo. “The world has changed. That is why we must look for a Club World Cup more interesting for teams, but also for fans around the world. It is what we try to achieve, with a tournament much more attractive than the current one, with more quality among the participants and more clubs involved. That will attract the sponsors and the television companies around the world.” 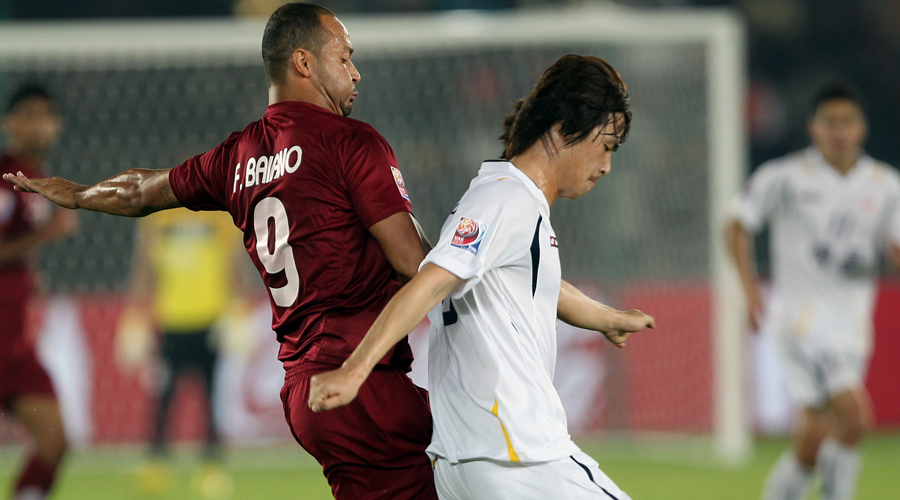 While the eventual finalists is often predictable, when it comes to hosting rights, the bidding wars for the Club World Cup historically are considerably more competitive. Nine countries, including Saudi Arabia, expressed an interest in hosting the inaugural 2000 tournament, which was eventually awarded to Brazil. Then, after a series of false starts, FIFA decided in 2005 to merge the competition with the Toyota-sponsored Intercontinental Cup on the condition the tournament be held in Japan until 2008.

When Japan’s agreement expired, the hosting rights for the next two years were put out to tender, attracting interest from seven nations including the United States, South Africa and the UAE. The Emirates, having successfully held the 2003 FIFA World Youth Championships, pulled off a surprise victory with FIFA’s then-president Sepp Blatter calling the country’s bid for the 2009 and 2010 tournaments “impressive and very attractive”.

“Today football is not just Europe and South America The world has changed. That is why we must look for a Club World Cup more interesting for teams, but also for fans around the world”

By the time the likes of Barcelona, Argentina’s Estudiantes de La Plata and South Korea’s Pohang Steelers arrived in Abu Dhabi for the first of the Emirates’ two events, Dh73.4 million had been invested in improving the 42,000-seat Mohammed Bin Zayed Stadium through renovation of the players’ changing rooms, VIP seating areas and media facilities. Similarly, Zayed Sports City had undergone wholesale renovations to its 45,000 seats and featured a freshly laid pitch.

Over the same two weeks in two successive years, seven teams played eight matches in the UAE capital for their share of a $16 million (Dh59 million) prize fund. The teams expected to win – Barcelona in 2009 and Inter Milan in 2010 – claimed the $5 million winner’s prize each time, but there were surprises on the way.

Each year, the Club World Cup hosts, as well as benefiting from global exposure, secure a qualifying play-off place for the country’s domestic champions. In 2009, that was Al Ahli, yet as the Dubai-based club soon discovered, with great privilege comes great responsibility.

Ahli faced Auckland City in a one-off match for a place in the competition proper. It will be remembered as one of the most embarrassing moments in UAE football history as an amateur club from New Zealand, coached by a full-time dentist turned part-time manager, rose to the occasion to beat Ahli 2-0 and dump the home side out of their own tournament. The UAE FA’s then-president, Mohammed Khalfan Al Rumaithi, already embarrassed by only 15,000 spectators turning out for the opening match, uncharacteristically did not hold back with his criticism. 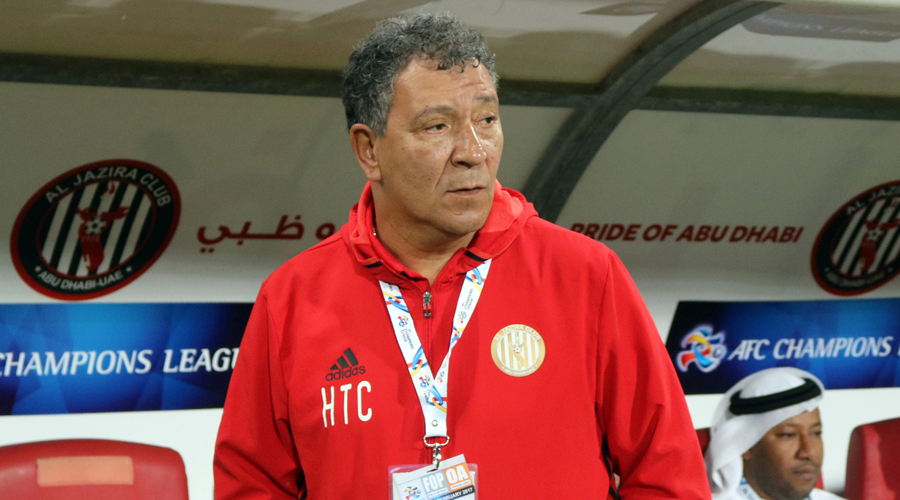 “We dreamt of a better participation by Ahli here,” he said, fuming. “They did not plan properly for this competition. I urge whoever wins this year’s league to prepare themselves well. The longer the host team stay in, the better for the tournament. This is no joke. This is a hugely prestigious event. Let us all take a lesson from this first year and not repeat the mistakes we have made when we organise it again next year.”

In the following year’s play-off, Al Rumaithi’s words had been heeded: Al Wahda comfortably defeated Hekari United of Papua New Guinea 3-0 in front of almost 24,000 fans to successfully qualify for the tournament proper. They were unable, however, to overcome Asian champions Seongnam Ilhwa Chunma for a place in the final four, succumbing to a 4-1 defeat.

Jazira will be hoping for better, especially given the performances of last year’s host representative Kashima Antlers, who reached the final against Real Madrid in Yokohama. “It’d be great for the UAE and for the region to have happen what Kashima did this year,” Fifa vice-president Victor Montagliani told Abu Dhabi newspaper The National. “Any time a local team gets to a final, it is just icing on the top of the cake at any competition.”

Before the establishment of a professional league in 2008, a UAE club had reached the final of Asia’s top club competition just twice in 27 years: Al Ain won a revamped tournament in 2003 and reached the final again two years later. That figure has doubled in recent years with Ahli reaching the final of the 2015 competition and Al Ain emulating the feat the following year. Both sides lost their two-legged finals, but the progress of UAE sides is undeniable.

“I urge whoever wins this year’s league to prepare themselves well. The longer the host team stay in, the better for the tournament”

This year, albeit still in the early stages of the tournament, Ahli sit top of their four-team group while Al Ain are just one point off the qualifying positions. Wahda and Jazira have already been eliminated, with Jazira coach Henk Ten Cate having focused on the league and pleaded for the opportunity to bolster his squad with reinforcements before the start of next season.

“We will play in the Asian Champions League again and the Club World Cup,” said Ten Cate, the former Barcelona and Chelsea assistant. “We want to show the world what we are capable of, but we need more than we have this year. People are working on it — but we have to wait and see.”

Which is a similar situation to the football fans likely to throng Barasti, Hemingway’s and McGettigan’s on June 3. Those who pre-register on the Fifa website will be first to find out ticketing information. Then they can sit back, enjoy the football, and wait and see who is coming to fight for the Club World Cup crown in December.

As real as it gets