A new wave of SAS soldiers has been sent into northern Iraq to hunt the infamous killer known as Jihadi John. But what are their chances of success and how have they been battling the Islamic State? 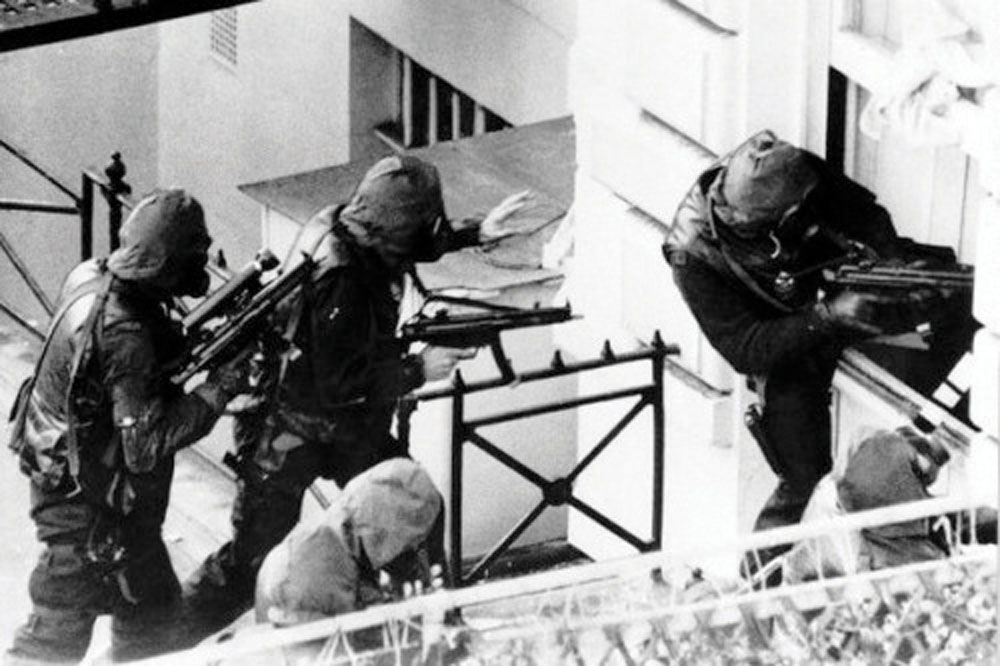 In mid-December a squadron of Britain’s SAS was diverted from its original destination in Afghanistan to an altogether different location in northern Iraq. Its goal? To take the fight to the Islamic State and capture the executioner known as Jihadi John.

As with all operations involving the SAS – arguably the world’s best and most feared special forces unit – a wall of silence has been erected around its activity in both northern Iraq and Syria, where it is believed to have been active since the tail end of last summer. No Ministry Of Defence spokespeople will comment on its operations, nor will they divulge identities or casualties, but they are believed to be operating in a number of capacities and in various locations across the two war-ravaged countries.

“We never comment on the disposition of our special forces anywhere in the world and that will remain our policy,” the British foreign secretary Philip Hammond said in August in response to questions over Syria. And yet in northern Iraq the 60 troopers of the SAS deployed in December are alleged to have been tasked with hunting leaders of the Islamic State of Iraq and the Levant (ISIS) – transformed into the Islamic State (IS) following its declaration of a caliphate at the end of June – and searching for the British national Jihadi John.

Responsible for a number of beheadings, including those of two British hostages and American journalists James Foley and Steven Sotloff, Jihadi John is now one of the most wanted men in the world, with British prime minister David Cameron ordering his intelligence chiefs and military leaders to track and capture the killer. “As a country we must do, with our allies, everything we can to defeat this organisation in the region… and we must do everything we can to hunt down and find the people who are responsible,” he said after the murder of British aid worker Alan Henning in October.

But who is the man they’re after, and what are the chances of capturing him? The main suspect is British-Egyptian rapper Abdel-Majed Abdel Bary, although two others have also been identified as possibilities, including Abu Abdullah Al Britani, who travelled to Syria from the southern coastal city of Portsmouth in early 2014. However, Al Britani is believed to have been killed during fighting in Dier ez-Zour last November. Both Abdel Bary and Al Britani are, or were, thought to be part of a four-man, all British team that guards, tortures and beheads foreign hostages.

“We are still a long way off getting a hit on him [Jihadi John],” ex-SAS soldier and well-known writer Andy McNab said in early October. “Right now a raid would be suicidal. What are you going to achieve by risking their lives to go and get this guy? There is always the possibility of a cock-up. And what if someone from the SAS got captured? Imagine the propaganda value of that to IS.”

As well as individual manhunts, the SAS squadron will pinpoint targets for air strikes in territory held by IS across northern Iraq, including the city of Mosul, which fell to the extremist group on June 10, and Tikrit, which was captured on June 11. The SAS had previously been deployed to northern Iraq in August last year to ‘gather intelligence’ ahead of any potential operation to rescue thousands of Yazidi refugees stranded on Mount Sinjar. The rescue operation never went ahead.

The latest move by Britain’s special forces represents a ramping up of the fight against IS, with the hunt and capture mission just one element of the SAS’ on-going activity in the region. In the town of Kobani near the northern Syrian border with Turkey, a team has been fighting alongside Kurdish forces, helping to drive back the militant group by calling in airstrikes and killing dozens of fighters. In November, a government source revealved that the SAS was identifying IS positions encircling the town, advising Iraqi Kurdish forces fighting alongside Syrian Kurds, and calling in US air strikes.

“The SAS has been in and around Kobani for weeks and are slowly helping to deplete the IS threat to the town,” the source said. “They’re operating in small numbers, as always, and are having devastating results against IS. They are mostly calling in air-strikes for American warplanes and trying to pinpoint exact locations of IS positions in Kobani to stop the assault.”

However, IS’ increasing ability to avoid aerial attack was cited as one of the main reasons why the squadron was deployed in December. “We made some good early progress against IS but they know how to avoid the jets now,” a senior Whitehall source said last month. “The only way to defeat them is to get up close to them on the ground.”

In estimated 80 per cent of Kobani is now in the hands of Syrian Kurdish forces following advances in early January, with Iraqi peshmerga forces fighting alongside Syrian Kurds and capturing the town’s security district, according to the Syrian Observatory For Human Rights, on January 6. IS had originally launched its assault on the town in September last year, with Turkey initially refusing to allow Kurdish peshmerga across its territory to help fight in the defence of Kobani. The refusal led to widespread protests across Turkey and the death of 35 people in violent clashes around the country. The decision was later reversed, with Turkey allowing Kurdish peshmerga forces from northern Iraq across its territory to defend Kurds in the besieged Syrian border town.

In a bid to relieve pressure on the town earlier last year, SAS and American special forces also worked with Kurdish fighters to launch attacks on Rabia on the Syrian border, Zummar near Mosul Dam, and a number of villages near Daquq, south of Kirkuk. According to reports, the soldiers acted as observers on the front lines and trained Kurdish troops.

It was the actions of another group, however, that grabbed the public’s attention in November when it was widely reported that four-man SAS teams were killing “up to eight terrorists a day” in northern Iraq. Armed with general-purpose machine guns (GPMGs) and Barrett sniper rifles, the units infiltrated enemy territory and used quad-bike raids to kill hundreds of IS fighters over the course of two months. With the aim of degrading IS’ fighting capability and demoralising its forces, the SAS raids targeted IS’ main supply routes across western Iraq and its numerous checkpoints. Targets were identified either by drones operated from an SAS base or by soldiers on the ground. The attacks, which are believed to be on-going, are reminiscent of the SAS’ origins in North Africa during the Second World War, where it carried out hit-and-run raids deep inside enemy territory.

“Our tactics are putting the fear of God into IS as they don’t know where we’re going to strike next, and there’s frankly nothing they can do to stop us,” an SAS source insisted. “We’re degrading their morale. They can run and hide if they see planes in the sky but they can’t see or hear us. Using so many snipers takes the fear factor to another level too; the terrorists don’t know what’s happening. They just see their colleagues lying dead in the sand.”

If media sources in the UK are to be believed, then these raids could well be the result of the SAS and US special forces forming a “hunter killer unit” in order to “smash Islamic State”. The unit, called Task Force Black, was previously active in Iraq fighting Al Qaeda, with the SAS operating alongside America’s Delta Force and Seal Team 6.

If demoralising IS fighters is the goal, it appears to be working. The group is believed to have executed at least 120 of its own militants in the three months leading up to December, the majority of whom were foreign fighters trying to return home. Rami Abdurrahman, director of the British-based Syrian Observatory For Human Rights, said: “We can confirm that 120 fighters have been killed by Isis, but from our sources on the ground we believe that over 200 have actually been killed.”

This demoralisation has been felt the hardest in Kobani, where the combination of allied airstrikes called in by special forces such as the SAS and the arrival of Kurdish reinforcements shifted the tide of the battle in favour of the defenders.

“The Kurds have retaken 80 per cent of Kobani due to the continual attrition of Islamic State, especially during the last seven weeks after IS have failed to advance in the city,” added Abdurrahman. “From the middle of November IS have tried to advance and they have been stopped. Before then, IS controlled about 60 per cent of the city, now they have less than 20 per cent.

“Besides the heavy fighting by YPG [Kurdish militia], the US and Arab allies’ coalition airstrikes have helped Kurds to advance in the city, where the air raids have blocked Islamic State’s advances, targeting them in coordination with the Kurdish fighters.”

Writing in The Spectator on January 10, counter-terrorism expert Daveed Gartenstein-Ross said: “At this point in the war between the jihadist group known as the Islamic State and a US-led international coalition, many observers are wondering how ISIS keeps winning. ISIS is up against western air power and powerful regional opponents, and yet has apparently seized a territory larger than the United Kingdom, and is expanding into Egypt, Libya, Algeria, Yemen, and elsewhere. It seems incredible.

“But the truth is that it’s difficult to say ISIS is winning by any objective measure. In Iraq, the group has been put on the defensive in the provinces of Nineveh, Salahaddin, and Diyala, and may soon face a major offensive on its stronghold of Mosul. It’s true, unfortunately, that Isis is on the offensive in Anbar province, and could potentially capture new territory there. In eastern Syria, too, Isis is well established, having brutally suppressed a tribal uprising in Dayr Al Zawr, and it faces no significant resistance in its holdings in Raqqa and Hasaka. ISIS can’t be said to be losing, exactly, but it has lost its momentum – having failed to take and hold major new territory since capturing the Iraqi city of Hit in October – and its position in northern Iraq looks increasingly shaky.”

The effectiveness of British and American Special Forces, combined with coalition airstrikes, has been proven, but defeating IS will take far more than what has already been deployed. As Emile Hokayem, senior fellow for Middle East security at the International Institute For Strategic Studies, says: “Uprooting the ISIS presence in Syria is going to be a long, complex and painful mission and will require ground engagements on top of air power. Who will do this given the general reluctance to launch ground operations? Only local communities and Syrian rebels have the requisite legitimacy, local knowledge and capacity, so the air campaign must be accompanied by a serious effort to mobilise, arm and protect them.”

But it goes much further than that, as General Michael Nagata, commander of American Special Operations forces in the Middle East, insisted at the end of December. “We do not understand the movement, and until we do, we are not going to defeat it. We have not defeated the idea. We do not even understand the idea.”

Waiting On The End Of The World
Advertisement