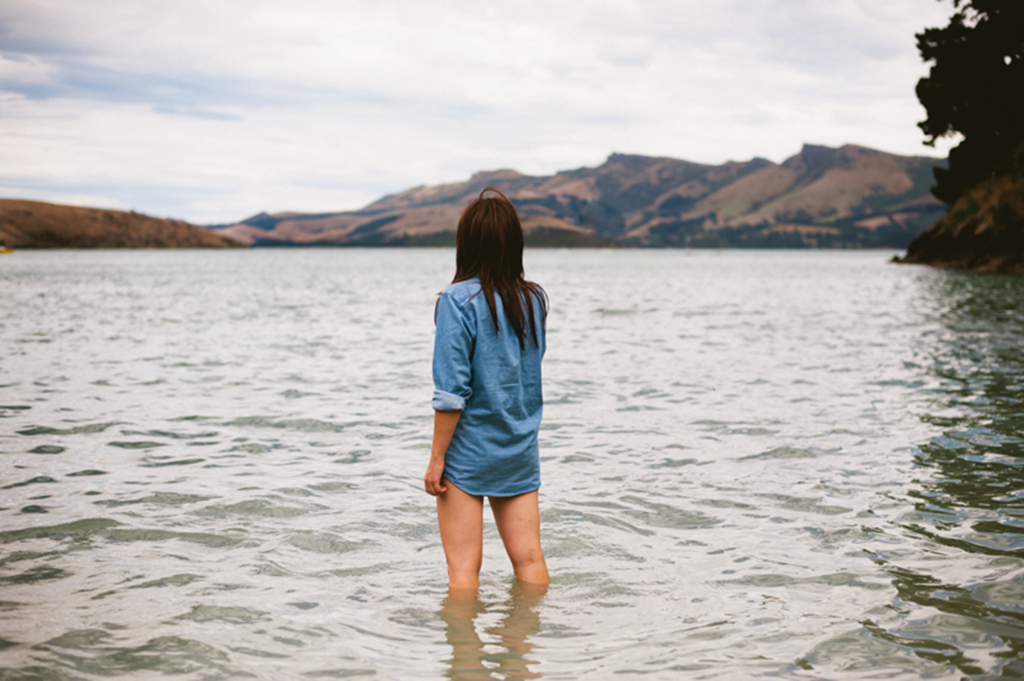 It’s 3am, and Emirates Man is talking to the three members of Yumi Zouma, a new band whose debut EP of effortlessly dreamy pop and synth-funk has recently caught the attention of tastemakers from New Zealand right the way through to North America. Sadly, we’re not celebrating this state of affairs at some glitzy after-show party. For Charlie Ryder is in Paris, where it has just turned midnight, vocalist Kim Pflaum is basking in a bright New Zealand morning and, for Josh Burgess, checking in from early evening New York, it’s still the previous day. Incredibly, this is also how they make their music, collaborating via the Internet across the three continents in which they live, e-mailing each other sections of songs to form a coherent whole. They’re not really a ‘band’ in the strict sense of the word at all. “Working like this honestly has its benefits,” laughs Ryder, during the kind of Internet-based conference call the three friends are clearly very familiar with. “Because we’re across three disparate time zones there’s always someone awake working on a track. We definitely get more done than if we were all in the same place and had to sleep at the same time. We’re like the first 24-hour band.”

“Seriously, it’s not that weird for us,” adds Burgess. “Even when we did live in the same city, we would write music like this, sending stuff to each other over the Internet.”

That city was Christchurch in New Zealand, and the 2011 earthquake there is central to the Yumi Zouma story. For one thing, they all had to move – Burgess ending up in New York, Ryder in Paris and Pflaum staying elsewhere in the city – and the disaster also destroyed most of the live music venues. The Brae, the lead track on their EP, is a beautifully drowsy and reflective pop song about loss, laced with nostalgia for the street on which they used to hang out as a teenage trio. That road crumbled to nothing after the earthquakes. 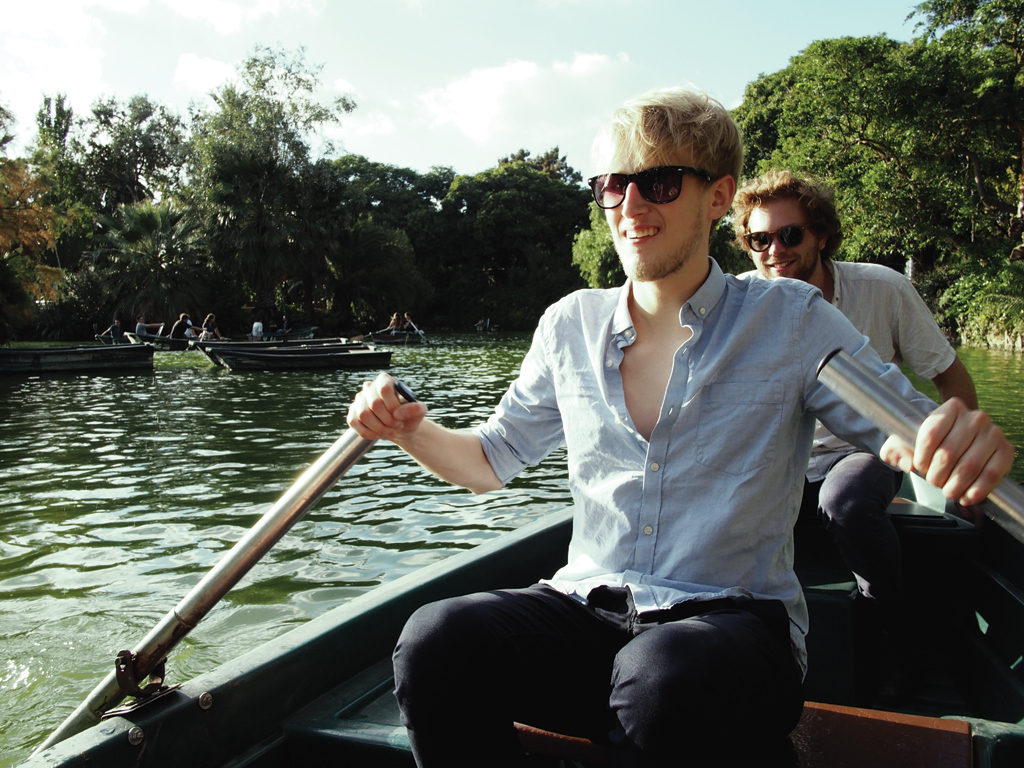 “It’s odd to think that this place you call home has gone forever and you can’t go back to it,” says Burgess. “Everything does become instantly nostalgic so maybe that is reflected in our music. Certainly my feelings towards permanence have changed.”

It’s often said that cities influence a band’s sound – the likes of Manchester, Memphis or Berlin having a definitive musical style and attitude. Being spread all around the world could make Yumi Zouma indistinct, but instead they’ve dipped into the sounds they’ve loved from all their hometowns. In fact, Ryder says that when he met a potential record label in Paris, its owners were excited by how French they sounded, and if you listen carefully to the EP, there is a definite nod to celebrated French down-tempo pop act Air.

“We’ve always listened to that romantic, poppy French music, and yes, we’re huge fans of Air,” admits Burgess. “But then, the whole energy of New York has definitely changed how I write – I’m doing a lot more late-night stuff now. And all of us have grown up with music from New Zealand of course, which often comes with a sense of isolation.”

Burgess himself has had a more peripatetic existence than most – his formative years were spent in Bahrain, where his parents worked. It’s stretching it somewhat to suggest any Middle Eastern influences come through in Yumi Zouma’s music, but Burgess does think it made him more open-minded. “We were there before 9/11 and living through that in the Middle East, having positive interactions with Arab people and culture, was really important for my outlook,” he says. “We’d love to play there actually. I’ve always thought more bands should.”

“When you’re forced together in the same space, there’s always someone who isn’t quite as motivated”

That, of course, would mean being in the same room at the same time. Burgess admits he doesn’t really consider Yumi Zouma to be a band, but in the end, to be successful, it’s not enough to exist online. You have to play live, meet your audience, have an image.

“And we are going to tour in June,” reveals Pflaum. “I think it’ll be fine – I’ve fronted bands before so it’ll be no shock to me. I guess in our early shows we’ll be figuring out what we want to be like, whereas bands from the same city know that beforehand. But we’ll come up with something…”

And if not, they can always communicate via e-mail on the tour bus. Which is not as far-fetched as it might seem; when they finally got together in New York recently to finish off some of the vocals on their second EP, Ryder says they were still more efficient when they were separated out in different rooms. “When you’re forced together in the same space, there’s always someone who isn’t quite as motivated,” agrees Pflaum. “You do have a tendency to waste each other’s time.”

All of which might make Yumi Zouma sound a bit cold, calculating and emotionless, but the music simply doesn’t bear this out. It’s warm and endearing. Burgess talks of focusing on the delights of making the best song they possibly can, and there are no sharp edges here – the EP feels organic rather than a digital cut and paste job. 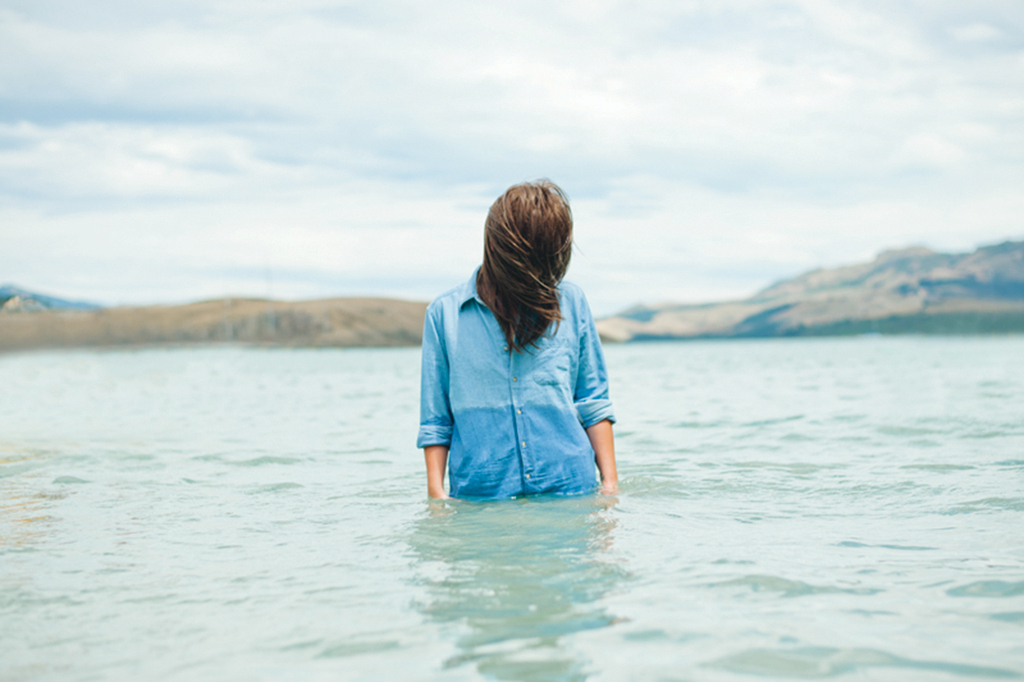 “I think that’s because although we’re delivering this music to each other by electronic means, we’re not electronic producers,” says Ryder. It’s warm, organic-sounding music because we all play guitars, bass and keyboards. We love tinkering with drum sounds to make them sound like our favourite Prince or Michael Jackson songs. It’s a collective effort from people who are best friends, rather than a producer sending a backing track across the world for someone else to sing over.”

A collective effort? That really does make Yumi Zouma sound like a band – a status that still takes some getting used to for Pflaum in New Zealand.

“My friends were shouting at me when the EP was finally released,” she laughs. “‘They had no idea what we were up to. And the truth is, even I didn’t think what we were doing would turn into what it has. Honestly, we weren’t a band in my eyes until that first release.”

With that summer tour, another EP in September, and a debut album to follow in 2015, Yumi Zouma are definitively a band now. Just a rather strange one.

Listen to the Yumi Zouma EP at https://soundcloud.com/cascine/sets/yumi-zouma-ep
The Brae is out now, on Cascine

The Queen of Arab HipHop

Let the music play on