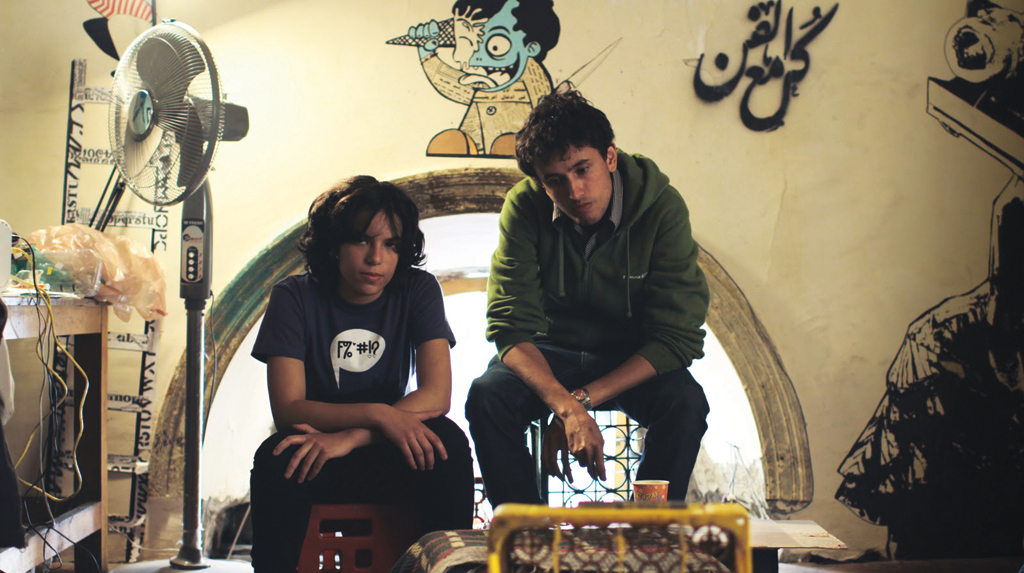 I don’t make films to convey specific messages nor to convince people of my beliefs,” says Ahmad Abdalla. “Films are just films.”

In many ways Ahmad Abdalla is the poster boy of Egypt’s new wave of independent cinema. An auteur of nuanced, low-budget movies, he is known for his organic approach to filmmaking, directing movies that are often hybrids of both fiction and documentary. His 2013 film Rags And Tatters was a near-silent experimental masterpiece, while his two previous films were memorable studies of contemporary Egyptian society. All were made with limited funds and by a tight-knit group of friends. 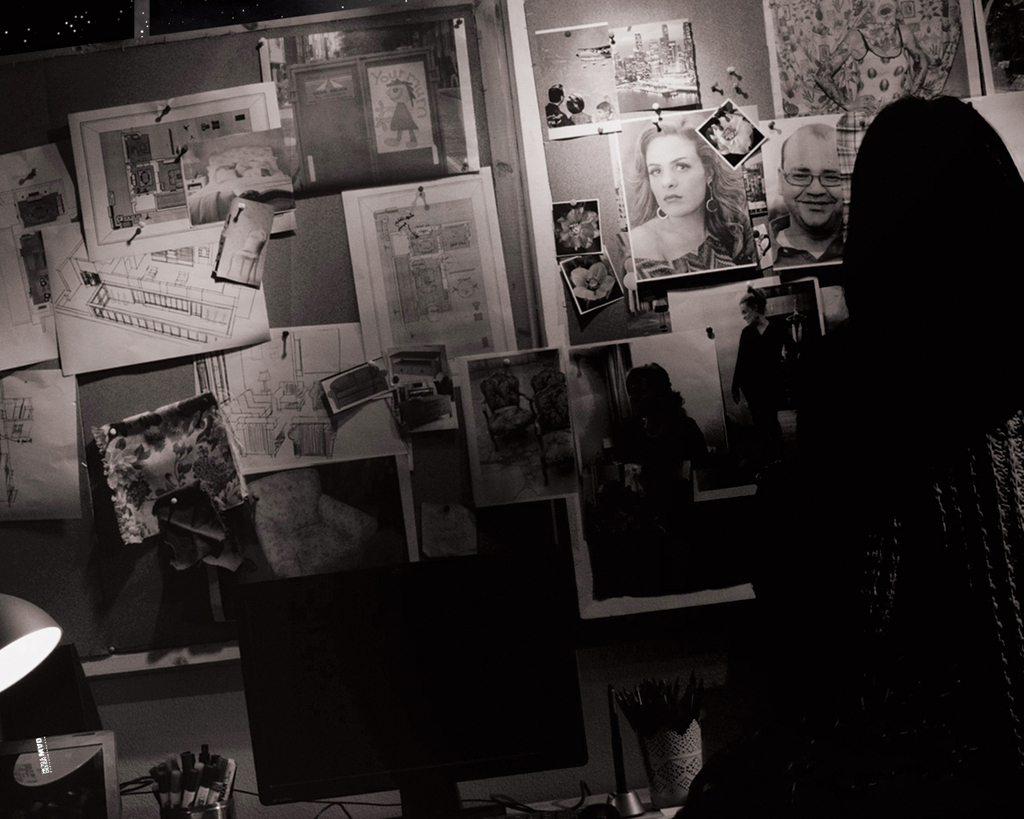 His is a small but concise body of work that has nevertheless propelled Abdalla into the spotlight. As such, he now finds himself in an unusual situation. His latest film, Décor, which premiered at the London Film Festival last October and will be released in Dubai on April 2, is his first big budget movie as a director. It is also the first movie he has not written himself, with the film penned by Mohamed Diab, the director of Cairo 678, a picture that focused on the scourge of sexual harassment of women in Egypt. A richly layered psychological character study of a woman obsessed with the old black and white films of Faten Hamama, Décor represents a new chapter in Abdalla’s directorial career.

“For my previous films I never considered the commercial aspect of directing,” he admits. “I was also not considering the classic way of writing scripts. I was not thinking ‘let’s have the climax here’ or ‘let’s have the resolution at this scene’. I was trying to make films in an organic way and for most of my films the script was developed on set.

“I  believe in low-budget filmmaking, I truly believe that anybody with a small camera and a laptop can be a very good filmmaker”

“Décor was different. It was the first time I had to work on a very tight script. We had to agree on everything before filming and everybody had to learn what he or she was going to do or say. That was a totally new experience, but I wanted to do it. To test myself. Every film I managed to make previously I made with my friends. We would just keep talking and developing ideas, and even on set, even while we were filming, we were still able to come up with ideas. But with this project we couldn’t do that. I was working with a huge crew and there was no room for improvisation. I’m not saying this in a negative way, but it’s a different way of making films and it opened my mind.

“With every film I have made I have decided to do something different. So when I made Microphone, it was totally different to Heliopolis, and Heliopolis was a musical film, vibrant, full of young people. But then I decided to go into more darker areas and do Rags And Tatters, which is almost silent with minimum dialogue. Décor is very different from Rags And Tatters. But this is what I wanted to do as a filmmaker. With every project I try to move away from my safe zone.”

It was arguably Rags And Tatters that got Abdalla the Décor gig. Critically acclaimed in Europe and North America, it premiered at the Toronto International Film Festival before continuing on the festival circuit, appearing at the London Film Festival and various others around the world before embedding itself as a classic of the new wave. Although set during the revolution of 2011 and the Tahrir Square protests, the revolution is never directly seen. It appears as snippets of news on Al Jazeera, as plumes of smoke on the horizon, or as a reporter conducting an interview. Abdalla is interested less in the revolution and more in the anarchy that surrounds it, with the movie stalking the peripheries of a Cairo in chaos. 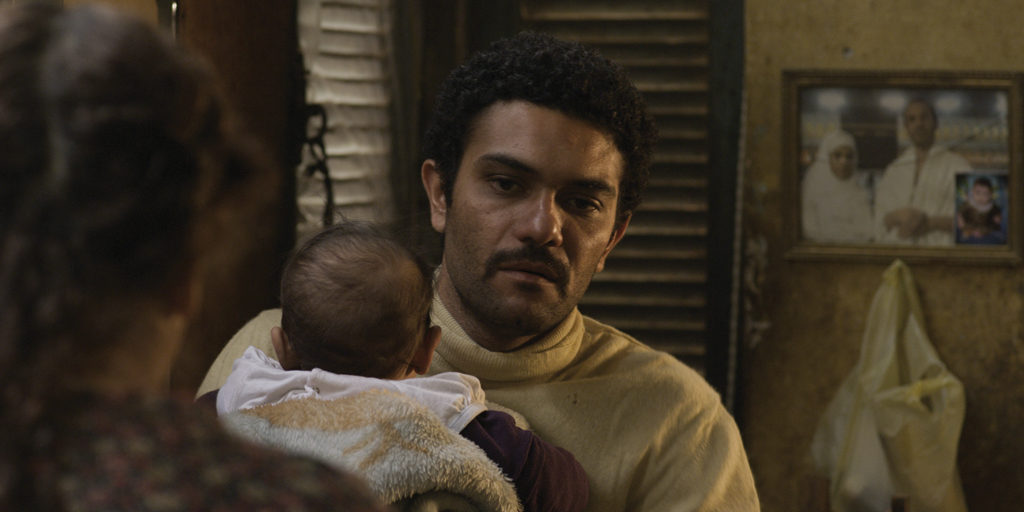 It is into this anarchy that an unnamed prisoner – played by Asser Yassin – is thrown, suddenly finding himself free thanks to the city’s descent into lawlessness. Wandering through Ezbet El Nakhl and the City Of the Dead, dialogue is reduced to a bare minimum, with the majority of scenes all but mute. Yassin’s character never says a word. It is a bold move, and one that Abdalla once explained to Mada Masr. “When we were talking about the style of filming, I found a YouTube clip, a clip somebody filmed at the Qasr Al Nile battle on January 25,” he said. “It’s silent. Some error happened and you don’t have any sound, even ambient. It’s three minutes of some of the best kind of storytelling I’ve ever seen. It starts very calm and turns very violent, then you discover that the guy filming is injured, then he continues and talks to the police officer, then he flees and comes back – and you can’t hear anything. That was my first inspiration.”

Rags And Tatters echoed with post-revolutionary disillusionment. Visually stunning, intermittently surreal and imbued with an unnerving sense of confusion, it offered no sense of triumphalism, only the deep reality of a society in turmoil. 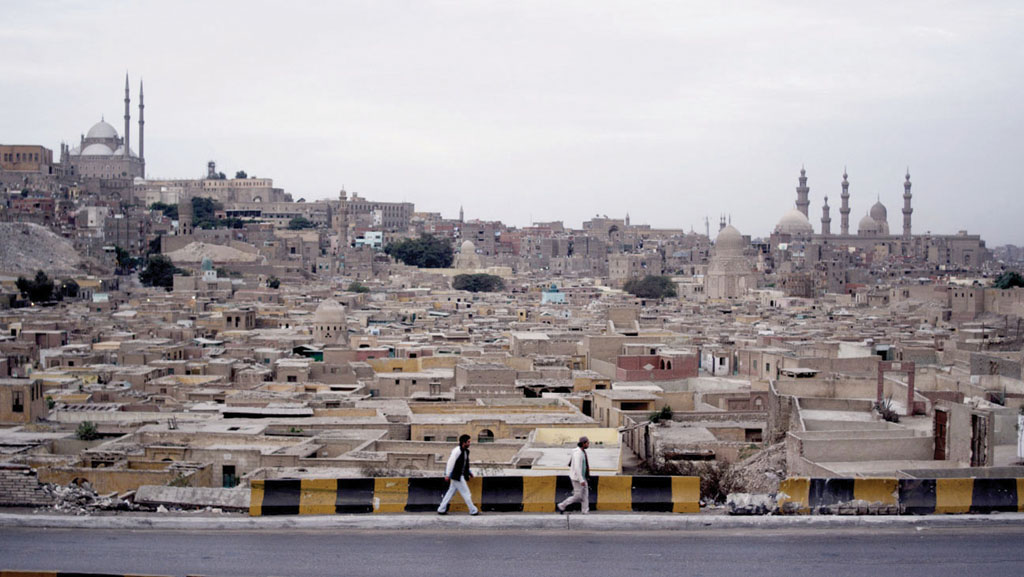 “I was concerned about the reasons why the revolution was happening, not about the actual facts of the revolution,” says Abdalla. “Why are we doing this? Why do we have to do this? This story was trying to tell you why it’s important somehow. I was totally against overly romanticising Tahrir Square, although it was a place I loved and I spent nights and nights and nights there. But still, what was happening in Cairo was different and ugly and it was important to shed light on the story of an anonymous man who finds himself free for the first time, running and rediscovering a city that is rapidly changing.”

Was it a risk to make a film with virtually no dialogue, and one that does not really answer any questions regarding the revolution?

“It was a risk, but not when you make a film with such a low budget,” he replies. “I co-produced this film with my friends because our producer – Mohamed Hefzy – only managed to get half the budget. He told us the film could not be given much money because he didn’t think we’d be able to get our money back. So my friends and I, including the actor Asser Yassin, the director of photography Tarek Hefny, and the executive producer Hany Saqr, all decided to co-produce. We managed to create our own company and we called it Mashroua, which means ‘project’ in Arabic. The company co-produced with Film Clinic and we were able to make the film. It was a risk in the sense that everybody was contributing some amount of money, but not a huge amount. It’s not going to break your heart if the film loses money, but we did it for the joy of trying something new.”

As with most other parts of the Arab world, independent films are difficult to bring to life in Egypt. For Rags and Tatters Yassin worked for free, while the country at large is obsessed with commercial blockbusters. It is a scenario Abdalla knows all too well, having begun his career as a self-taught film editor, working on films such as Sherif Mandour’s The Mediterranean Man. He worked as an editor for eight years before directing his first film, Heliopolis, in 2009.

“It’s hard to raise money,” says Abdalla, “but we don’t spend much on our films. I believe in low-budget filmmaking, I truly believe that anybody with a small camera and a laptop can be a very good filmmaker. It’s all about the style, the concept and the stories we are going to tell. 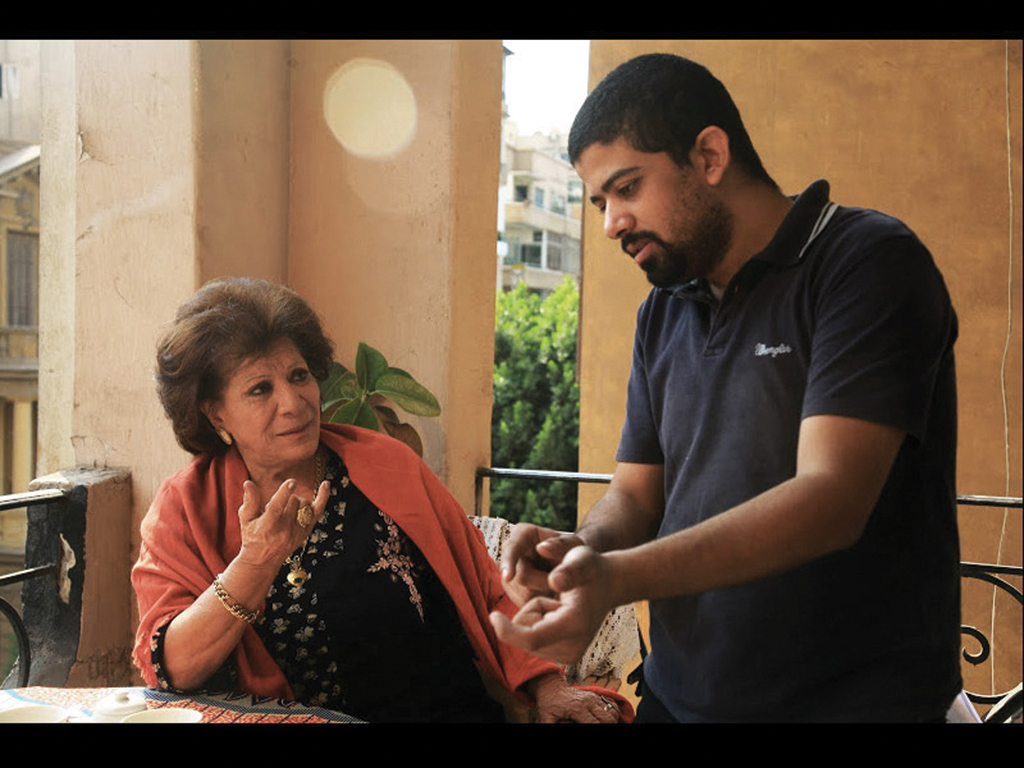 “But a lot of distributors don’t like to screen independent films. They prefer to screen more commercial movies, or American films, which is something I’m not against, but taking away independent or small budget films just to put in a Hollywood blockbuster because it will make more money is hard on us. For Rags and Tatters the distributors allowed us one week in theatres. And only in eight theatres, which is very small. So we created a social media campaign – we didn’t want to pay for any outdoor advertising or TV commercials – saying the film will be at certain theatres on these days and at this time. And we spread this all over Egypt. Everyone knew where the film would be screened and we managed to have all the cinemas 75 per cent full for all the screenings.

“As an editor I was doing commercial films, I cannot work with them anymore because they don’t like the independent way – or the new wave – of filmmaking. Now I am doing what I always wanted to do.

“I try in every film to adapt a different style. When you see Décor you will understand. It’s a black and white film, it adapts the noir era of filmmaking, the camera movement is very slow, and it’s a very hardboiled story. The way the actors are acting too is different. Totally different to Rags And Tatters.

“It is important to change. I admire young independent filmmakers because they are always able to come up with fresh ideas and new concepts for telling stories, and for me this is very inspiring. I love the director Yousry Nasrallah. In every film he is able to surprise us with something. Every time he has tried something different to what he did before, and for me this is the most important thing about making films.”

Behind the scenes with Ali Mostafa

The Evolution of The Hollywood Baddie
Advertisement