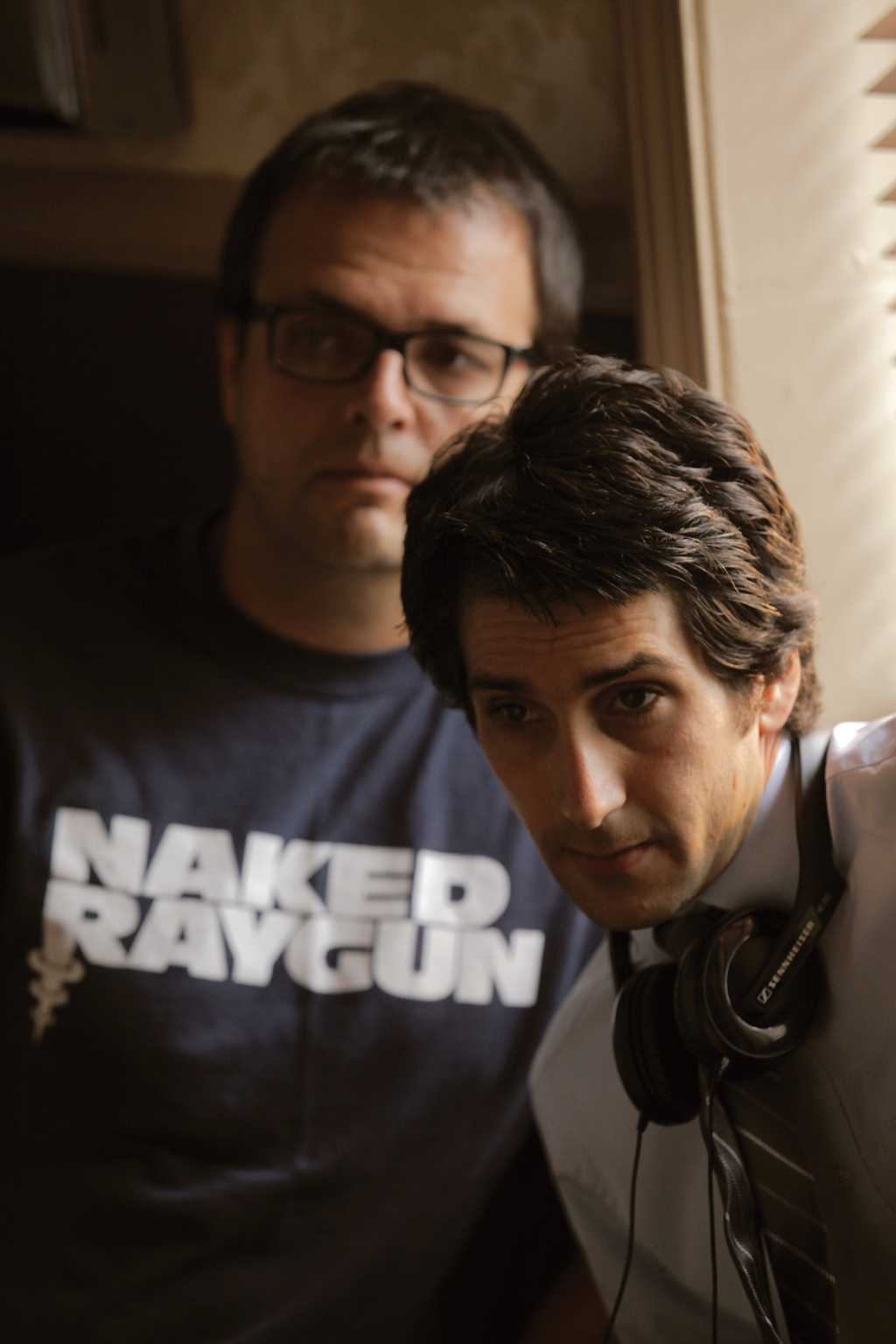 Last year, UAE sensors cut 45 minutes from Martin Scorsese’s epic, three-hour tale of high finance and bad behaviour, The Wolf Of Wall Street. The cuts drew worldwide attention and re-ignited one of the oldest debates in the GCC: cultural sensitivities or artistic expression?

But go back two or three decades, and it was easy to see a film in Dubai the way a director intended – and one man who saw as many as he could is 34-year-old Elia Petridis, a Greek-Lebanese Hollywood director who spent his first 18 years in the emirate.

“Piracy was everywhere [during the 1980s] and one thing Dubai did very early was put the kibosh on it,” says Petridis, who is in town to promote his Hollywood movie, The Man Who Shook The Hand Of Vicente Fernandez. “They opened theatres and said piracy is illegal. Before that we would get videos from two shops in Dubai – VideoScope and Video 2000. I’d leave with a bag of at least 15 movies at a time. I’d watch French films such as The 400 Blows, and Gremlins and The Goonies.” 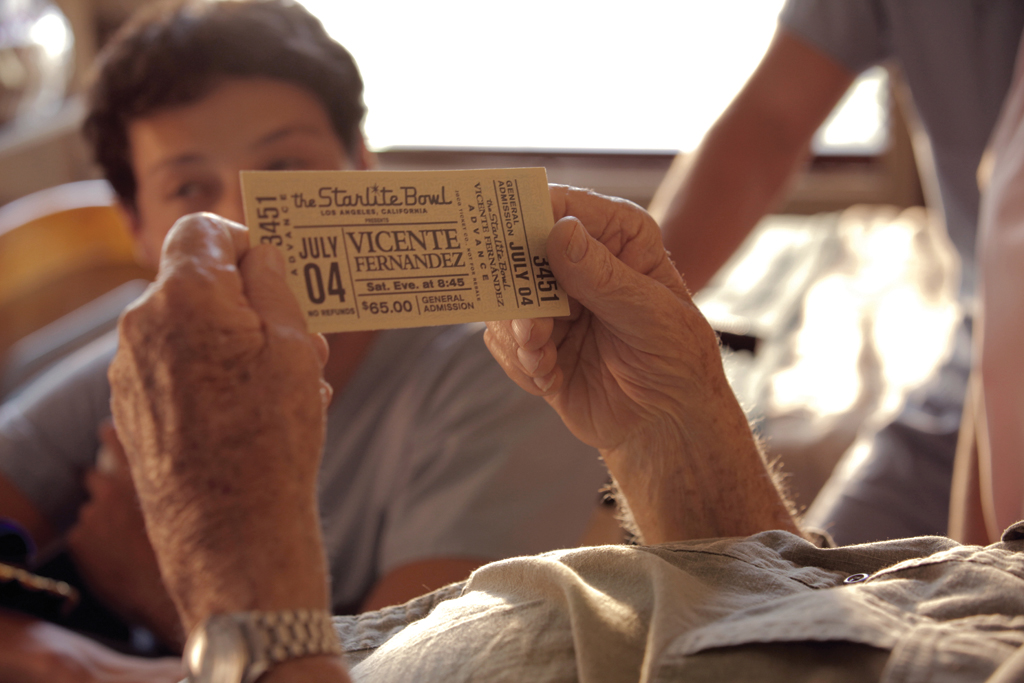 Growing up in Jumeirah in the 1980s, self-confessed movie nerd Petridis was making films aged 13 at American School Of Dubai. At 16 he joined the New York Film Academy before moving on to the USC School Of Cinematic Arts in LA at 18. But before he moved overseas, he used to supplement those video sessions with trips to the cinema in Dubai.

“You have to put your soul into a film”

“I’d go to Al Nasr cinema. It was a big room, with big seats and a balcony. Now it would feel like an opulent art house cinema. Can you imagine balcony seating? I miss that stuff,” he smiles. “Everybody went, because for a while it was only one of two places you could watch movies: there and the Hyatt Regency were the only games in town. I saw Titanic there.”

The ’90s saw more cinemas and more Hollywood films on Dubai screens. “1997 to 1998 was a big year for film in general, it was a renaissance,” says Petridis. “I saw Seven here. It wasn’t cut. The Usual Suspects, Gladiator, all uncut.” 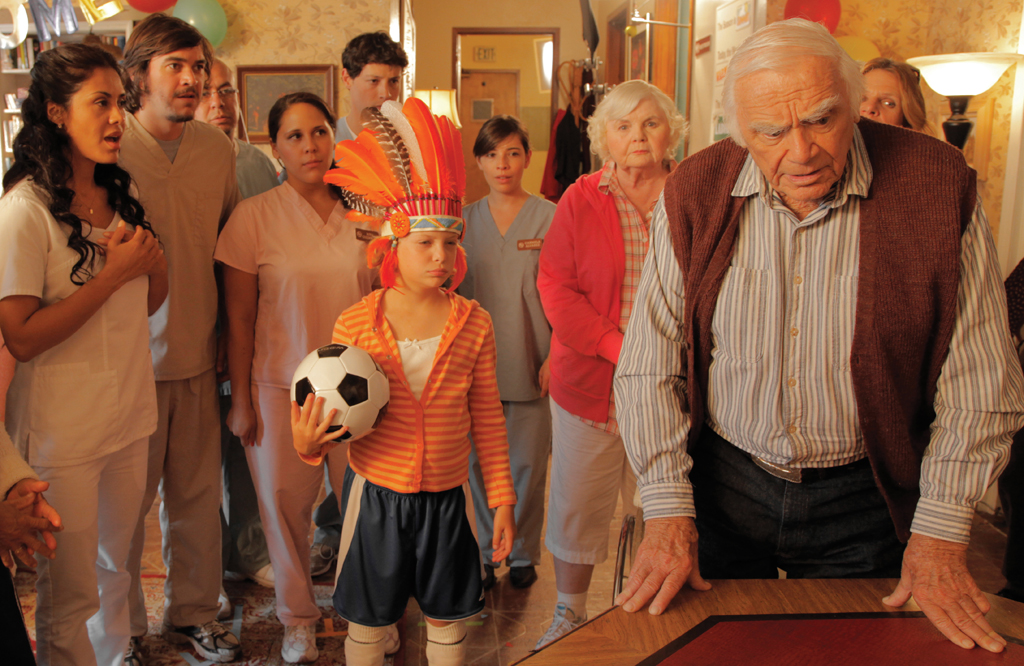 The question of modern-day censorship raises its head and while Petridis is quick to point out that he understands and accepts the cultural reasons for slicing and dicing, it’s a frustration from a director’s perspective. “I saw Dumb And Dumber To here, and they cut it. That makes me sad. It’s a talking point and a cultural thing. I was here before they did that. If you’re going to do that to the The Wolf Of Wall Street, you’re defeating the purpose of the film.”

Petridis’ directorial debut is unlikely to trouble the censors. The Man Who Shook The Hand Of Vicente Fernandez stars Western great Ernest Borgnine, who made the film when he was 96 years old. It’s the tale of a man in an old people’s home staffed by Latino staff, who treat him differently when they find out he once shook the hand of Fernandez, a man dubbed the Mexican Frank Sinatra. It’s a tale of regret: Borgnine’s character Max Page watches an old Western every day he once believes he had a chance to star in. It was Borgnine’s last film before his death in 2012.

“Ernie had said it was an honour to make his last movie with me. I was silenced”

“I thought, wouldn’t it be great to do it as a Western,” says Petridis, who came up with the idea after driving home an actor from another project who had shook Fernandez’s hand. “An old guy rides into town and cleans up an old people’s home.” The film also stars June Squibb, from About Schmidt, and
another star of the Western genre, Barry Corbin.

“Ernest was 96. He was a workhorse,” he adds. “He was very grounded, very little ego, happy to be an actor. He constantly handed back the baton back to the director. He wasn’t a method guy.”

Borgnine and Petridis forged a friendship. “Sometimes he’d drive home with me from the set. We’d talk about old films, his ex-wives – he was married five times. We talked grandpa, grandson kind of stuff. Before Ernie died, his son called me to say that Ernie had said it was an honour to make his last movie with me. I was silenced.” 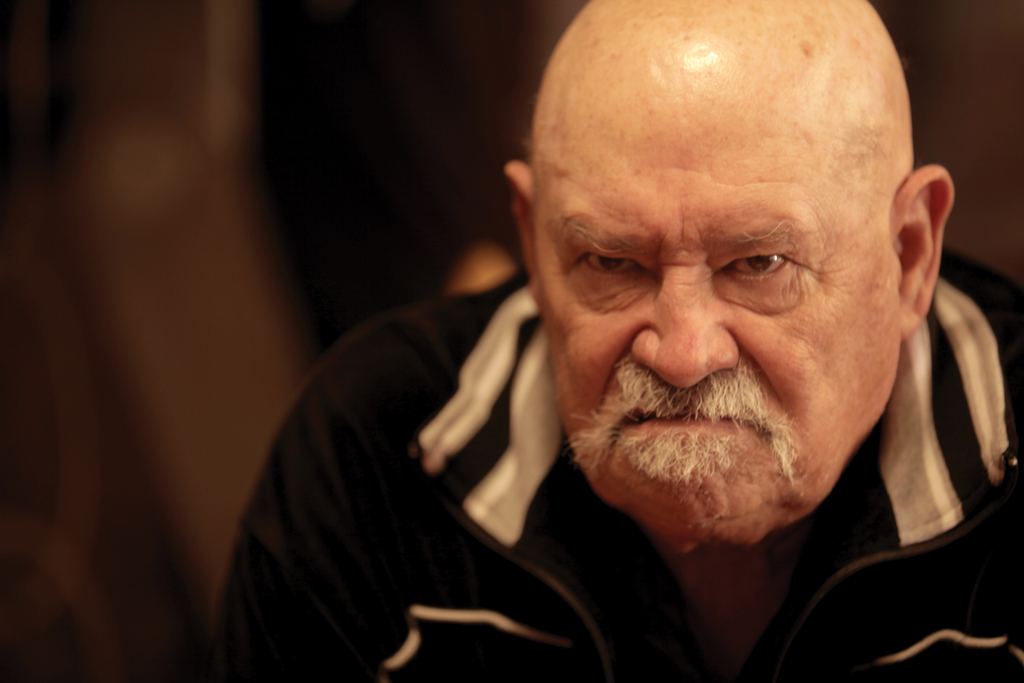 The film is not getting a cinema release in the UAE, but it’s available to buy from Vimeo On Demand. “Wouldn’t it be a shame if people didn’t see Ernie’s last film?”

Petridis’ formative years in Dubai means there have been attempts to label him a UAE filmmaker, alongside From A To B’s Ali F Mostafa. He doesn’t baulk at the idea, but is quick to point out that what he creates is more important to him than where he comes from. “Let’s stop looking at every film in the UAE that they’re working for the tourism board. The fact Abu Dhabi is being shot for Star Wars is great, but it’s a tourist attraction. Tom Cruise scaling the Burj Khalifa is a tourism thing. Let’s make a good freakin’ movie.”

Petridis splits his time between the UAE and Los Angeles. He’s been approached to direct his next Hollywood film, about two kids trying to audit the NSA. He also has meetings with ImageNation in Abu Dhabi.

He would willingly talk film trivia with you for hours if you let him. Our meeting ends with more references to Rex Page, and a life of regret. “From music videos to this film, it’s about putting a little bit of your soul into it,” he smiles. “I’m afraid of not making it. Imagine being 96 and still trying to be a success. That’s what I’m most afraid of. I don’t think films work if there isn’t a little bit of you in them.”

The Man Who Shook The Hand Of Vicente Fernandez can be downloaded from vimeo.com/ondemand

The Evolution of The Hollywood Baddie

Notes from the edge
Advertisement