Hany Abu-Assad has spent the past 12 years making films about the West Bank and Gaza. Now he’s releasing his first Hollywood film, The Mountain Between Us, starring Idris Elba and Kate Winslet, and finally he feels like a director 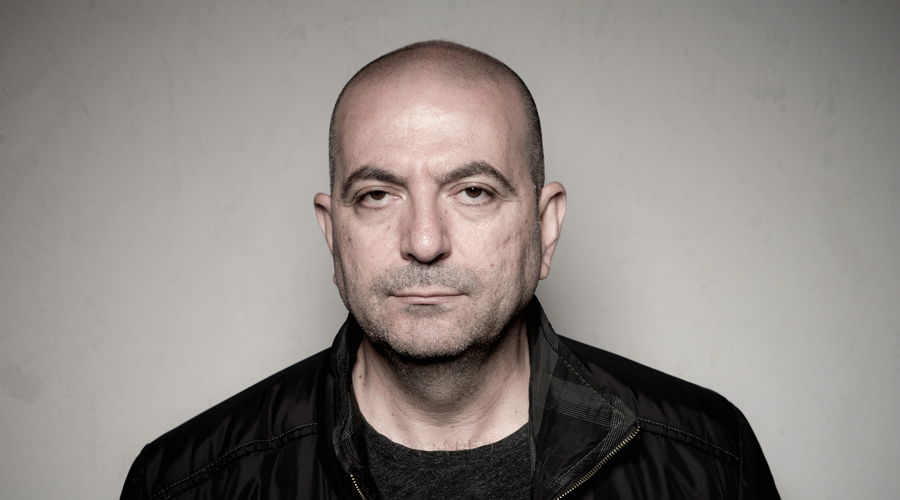 In theory, Hany Abu-Assad should need no real introduction. The first Palestinian director to receive an Oscar nomination, he has found himself staring down the lens of potential Academy Awards glory twice. Once for Golden Globe winner Paradise Now, and once for Omar, which won the Un Certain Regard jury prize at the Cannes Film Festival in 2013.

Yet his films are arguably far better known than he is, which probably suits the unassuming nature of his character.

That may all soon be about to change, however, if his new film, The Mountain Between Us, proves to be a box office hit.

Starring Kate Winslet and Idris Elba, The Mountain Between Us also represents a personal leap for the director: from the low-budget struggles of shooting in the West Bank and Gaza, to filming a big budget Hollywood movie for 20th Century Fox.

“A lot of directors take the same path. They were obscure, nobody knew them, some may have won awards, but most directors are struggling to reach that point where they can make movies with the freedom that they want. And I have to admit they left me alone on this movie. They respected my vision, they didn’t impose anything on me, and really they gave me the freedom and the respect of an artist to do my movie. For me this is unbelievable. It’s like, ‘Wow, you have a studio behind you, but meanwhile they are giving you the freedom to do what you want.’ I was like, ‘Oh my God, what’s happening?’ You know. How is this possible?”

In the past Abu-Assad has worked primarily with amateur or relatively unknown actors such as Kais Nashef, who made his on-screen debut in Paradise Now, and Adam Bakri and Leem Lubany, who took leading roles in Omar. Working with Winslet and Elba, both superstars in their own right, was therefore a completely new experience for the director.

“It’s different because you are working with professional actors, so you have to be very well prepared for what you want to do and be able to convince them with arguments, otherwise they won’t listen to you,” admits Abu-Assad. “Kate was very professional, she prepared herself, she challenged you to come up with good answers without having an argument, and this created a very inspiring environment.

“Idris is the opposite of Kate. This is also challenging because you never know what he’s going to do. He liked to be authentic in his reactions, not to be predictable, so this was also difficult for Kate, but it was good for the movie because these two actors are resembling their characters. Kate and Idris were different as actors and this created heightened scenes, because you feel the differences in the two. And this is what you want, to feel like these two people – strangers to each other – have to work together in order to survive and, later, to fall in love.”

The Mountain Between Us is the story of two strangers forced to depend on each other for survival. Winslet, who plays photojournalist Alex Martin, and Elba, who plays surgeon Ben Bass, both need to get back to Baltimore – she to get married, he to perform emergency surgery. When their flight out of Denver is cancelled, the two hire a charter plane with disastrous consequences.

When the plane crashes, they find themselves stranded atop a snow-covered mountain with paltry provisions and no hope of rescue.

“We were up in the mountains in Canada, 11,000 feet high, where you almost can’t breathe because of the cold,” says Abu-Assad of the experience of shooting on the border of Alberta and British Columbia. It was so tough that the cast and crew had to helicopter to the peak each day with their supplies.

“In the beginning you work with virtually no money, then suddenly you are working in Hollywood”

“Probably, unconsciously, I’m always choosing difficult places to shoot,” he adds with a laugh, referring to the danger he faced whilst filming Paradise Now. He once told The Daily Telegraph that he risked his life making that movie. Not only did six crewmembers abandon the production following an Israeli helicopter gunship attack near the film’s set in Nablus, but the film’s location manager was kidnapped and only released following intervention from Yasser Arafat.

“Maybe this part of me will never change,” he says. “Every day we would go back to our hotel and you would feel like you’ve been beaten up, because when you are so cold all your muscles are stressed. It’s a big challenge to shoot in a snow-covered area up in the mountains. It was -38C degrees, but it challenges you as an artist to do your best.”

He even asked Winslet to do three takes of her plunging into ice cold water, part of a scene where her character falls through thin ice.

It’s all far removed, of course, from his days shooting Omar in the Far’a refugee camp and The Idol in Gaza and Jenin. Back then everything was a struggle. “You know, every movie is like a war,” he once told me. “It’s a challenge to find the money, to get the money on time, to find the right crew, the right cast, to get the organisation right; even the weather is against you. It’s a constant battle. And then there’s the challenge of marketing the movie, which is as difficult as making it.”

Now, of course, he has a well-oiled machine behind him.

Abu-Assad is in Los Angeles when we chat, busy putting the finishing touches to the movie before its world premiere at the Toronto International Film Festival on September 9. “It’s still at the end of the sound mix,” he admits. “It sounds amazing, so I’m very happy with that, and I’m still doing colour correction. By the middle of next week hopefully we will have the final, final results.”

It is the second time in three years that we have spoken and he sounds at home. More Hollywood than West Bank.

Although born in Nazareth, he always insisted his previous films be considered Palestinian, with his movies both applauded and criticised for humanising those who choose to fight Israel. Paradise Now chronicled the 48 hours prior to a suicide mission by two friends from Nablus, while Omar was a love story set amidst Israeli occupation.

Now that Hollywood has called, is that it? No more films about the Palestinian struggle?

“No, but I have to tell the truth,” he replies. “I’m happy that I’m a director and not dealing with a lot of problems. So far I think I’m going to continue this path, but for sure I will always be committed to transferring my experience to young directors. My wife and I are producing four movies for the Middle East. I’m supervising the movies, my wife is producing.

“So it’s not like, ‘Yeah, OK, now I’m in Hollywood, that’s it, I have nothing to do with the Middle East.’ We have four projects – two directors from Egypt, one director from Palestine, and one director from Lebanon – where we’re helping them develop their projects, working on scripts, trying to find money for them to direct, and during the process of directing I will be supervising in order to help produce a certain quality of movie. So, yes, I don’t need to deal with the daily problems in the Middle East, but still I’m involved. I’m part of that community.”

In the past Abu-Assad has been involved in the development of his film’s screenplays, co-writing Paradise Now, Omar and The Idol, which told a fictionalised version of the life of Arab Idol winner Mohammed Assaf. The Mountain Between Us, however, was written by Chris Weitz and J Mills Goodloe, with limited input from Abu-Assad.

“This is a new process for me, but I’m very excited about this place that I’m in right now,” he says. “In the beginning you work with virtually no money, then suddenly you are working in Hollywood.

“It’s actually very original to have a survival story with romance, with a love story. Mostly you have one or the other. The last movie I saw with this kind of mixture was The African Queen. So it gives you an opportunity visually to make something poetic, because it’s about survival and love together.

Notes from the edge