Saudi actress and director Ahd Kamel is working on her debut feature and is soon to appear alongside Carey Mulligan in a BBC and Netflix co-production. Could the big time be calling her? 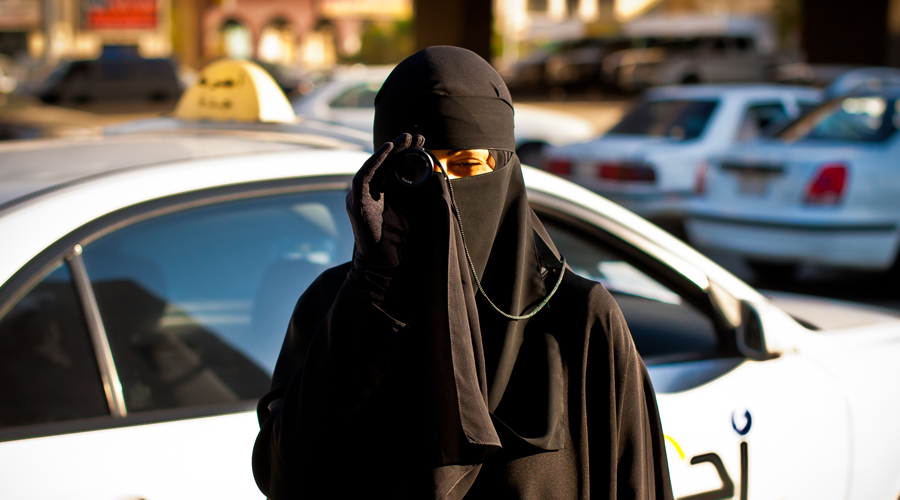 It’s early evening in Earl’s Court and the actress and director Ahd Kamel is joking with the audience.

“I woke up this morning thinking nobody was going to show up,” she says with a self-conscious laugh. The event, An Evening With Ahd, is sold out. “I’m very, very grateful to everybody who’s here,” she says.

In hindsight, there was no reason to believe the event at The Mosaic Rooms on Cromwell Road, London, would be anything less than full. Kamel, a Saudi national, is on the rise.

Best known for portraying the head mistress in Saudi Arabia’s first feature film, Wadjda, directed by Haifaa Al Mansour, she is currently working on her debut feature, My Driver And I, the first five minutes of which were previewed at The Mosaic Rooms.

It is her first English-language role, however, that has piqued interest. Starring alongside Academy Award nominee Carey Mulligan and Life On Mars star John Simm, she will appear in the upcoming BBC drama Collateral, which has been co-produced by Netflix and The Forge and is expected to air early next year.

Written by British playwright, screenwriter, director and producer David Hare, the four-part drama is described as a “gripping, high-octane thriller set in present day London”. It is directed by SJ Clarkson, best known for helming shows such as Heroes, House, Dexter and Ugly Betty, with shooting already completed.

“It’s a multi-dimensional, layered drama, and that’s the mastery of David Hare’s writing,” says Kamel a few days after her Earl’s Court appearance. “He has this amazing craft, but then SJ knows how to bring the edge to it, to keep you on the edge of your seat. 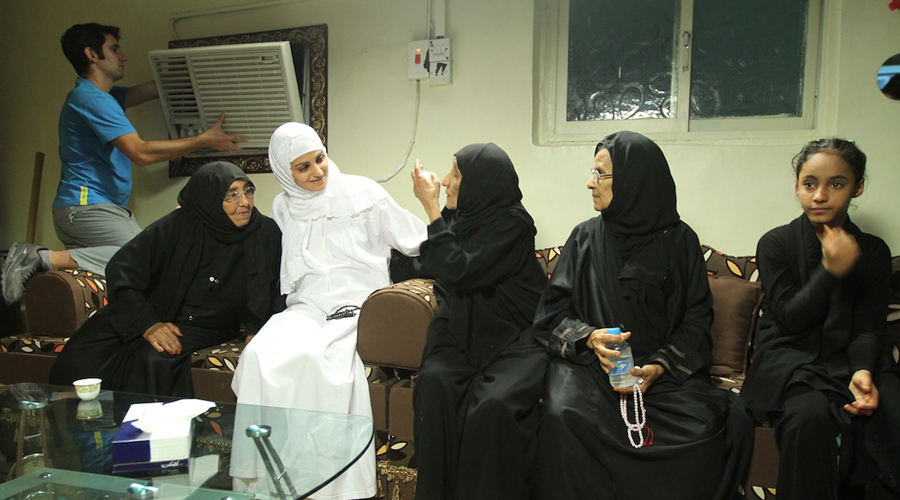 “When an actress says she has found her dream director, that’s how I feel about SJ. She’s my dream director. She can ask me to do anything and I will do it because she is just phenomenal. She’s a wonderful director and so sensitive to her characters and the whole story, but at the same time firm and knows how to push you in the right direction. To wait this long for my first English-speaking role and to be speaking the words of Sir David Hare, but not only that, to be directed by an amazing woman and director, makes it all worthwhile.”

Set over the course of four days, the series explores the repercussions that surround the fatal shooting of a pizza deliveryman. Refusing to accept this as a random act of senseless violence, tough and single-minded Detective Inspector Kip Glaspie (Mulligan) is determined to discover if there is a darker truth.

Politician David Mars (Simm) quickly becomes embroiled in the drama through his turbulent relationship with his troubled and unpredictable ex, Karen (Billie Piper). Meanwhile, Jane Oliver (Nicola Walker), a compassionate vicar, struggles to conceal her affair with the only witness to the crime. Kamel plays Fatima, brother of the murdered man.

Hare has written several feature films, including The Hours and The Reader, both of which won Oscars, and widely-acclaimed plays such as Plenty and Skylight. But Collateral is his first original series and he was particularly sensitive to the character of Fatima, a refugee, says Kamel, who has a number of key scenes in the drama.

“He wanted to write the character but he didn’t want to write it from a western point of view, and he didn’t also want to, in a way, dehumanise or sensationalise the refugee crisis.

“He really wanted to be able to tell a story that is about a human being, and how all these human beings come together. And that’s exactly what he said in the beginning when we were doing our read through, that this is not a procedural thriller. This is not about how the police investigate a crime, it’s about human relationships. 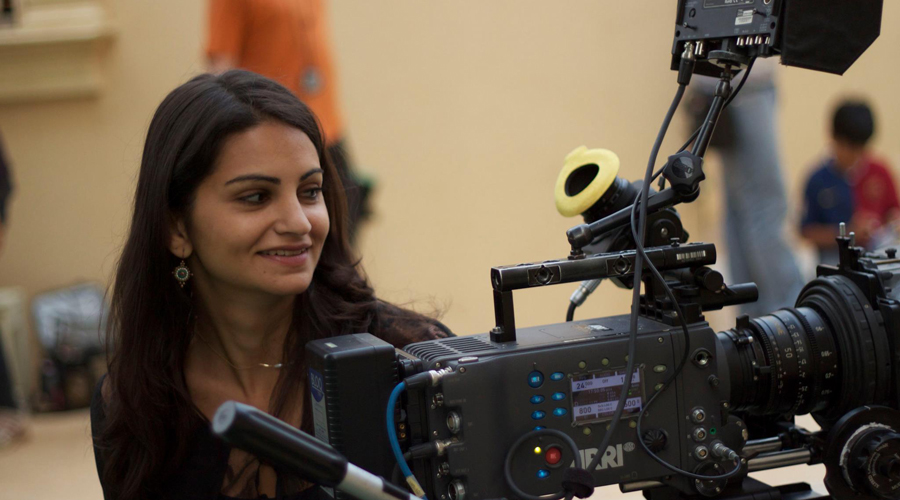 “I don’t know if there’s ever been a portrayal of a Muslim character like this on TV. Especially a woman.”

“Coming from where I come from it was just such a pleasure to work with people who had so much respect for the characters and for the work,” says Kamel of her experience shooting Collateral. “The calibre was just so much higher than I have ever worked with and it helped me bring my best, because these people are putting their best foot forward.

“Yes, there were big names attached, Carey Mulligan was wonderful to work with, but it was a low-budget production, as always. It was wonderful to see how they managed to work around it and to put so much great talent in one room.”

It was her directing career, however, that was of most interest to Sheyma Buali, director of the BBC Arabic Festival, at The Mosaic Rooms in mid-August.

Kamel’s directorial debut was a short called The Shoemaker, starring Egyptian superstar Amr Waked, while her second, Sanctity, in which she also starred, received a Golden Bear nomination at the Berlinale in 2013 and won the Golden Aleph at Beirut International Film Festival the same year. It told the story of Areej, a young, pregnant Saudi widow who establishes a friendship with a teenage boy. In doing so she flouted social customs that insist on gender segregation.

“It was probably one of the best experiences that I’ve ever had,” she says of filming Sanctity in Jeddah. “Shooting in my home city. And I wasn’t so concerned about the crew as much as I was about the people and the neighbourhood.”

It wasn’t the first time she’d pushed at social boundaries either, with The Shoemaker including an intimate bedroom scene with Waked.

Kamel herself is intriguing. American educated, multilingual, with a degree in directing from the New York Film Academy, she launched her acting career by accident in 2005 following a chance encounter with director Aslihan Unaldi in a carpet shop. She went on to star in Unaldi’s Razan, the story of a would-be suicide bomber who re-examines her convictions after coming face-to-face with her potential victims. 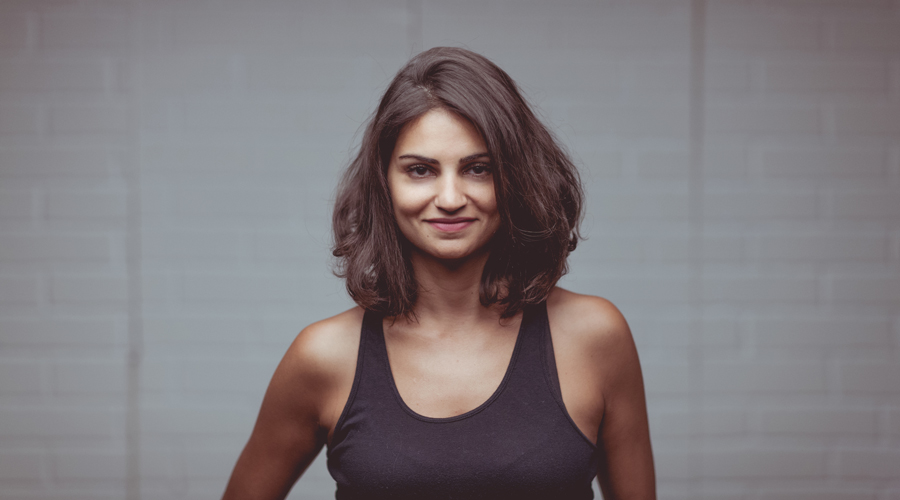 “I was wearing a Yankees hat and she looked at me and said, ‘Can you take off your cap,’” recalls Kamel of her encounter with Unaldi. “And I was like, ‘Sure.’ I took off my hat and she said, ‘Have you ever acted?’ I said, ‘No, but I’m at film school, I’m studying directing.’ ‘I’d love you to audition for my film,’ she said.

“I always tell Aslihan she’s the one who turned me to my life purpose. She gave me this chance. She took a complete chance on me.”

“I’m an artist from Saudi, I’m not a Saudi artist,” insists kamel later on in her discussion with Buali. “Yes, I’m Saudi, but I’m a million other things. I’ve lived all over the world, I’ve seen so many things, so I can’t just pigeonhole myself like that.

“[But] it’s funny, because as I get older the Saudi in me is just there. You try to be American for so long and now I’m very, very proud of the Saudi roots in me. It’s beautiful, it’s funny, it’s sarcastic, it gives me depth, and for me to write in that language is such a pleasure.

Notes from the edge