Let the music play on

Adriano Konialidis, the Dubai-based founder of Desmo Records, has just released his second EP and is preparing for a year of musical diversity 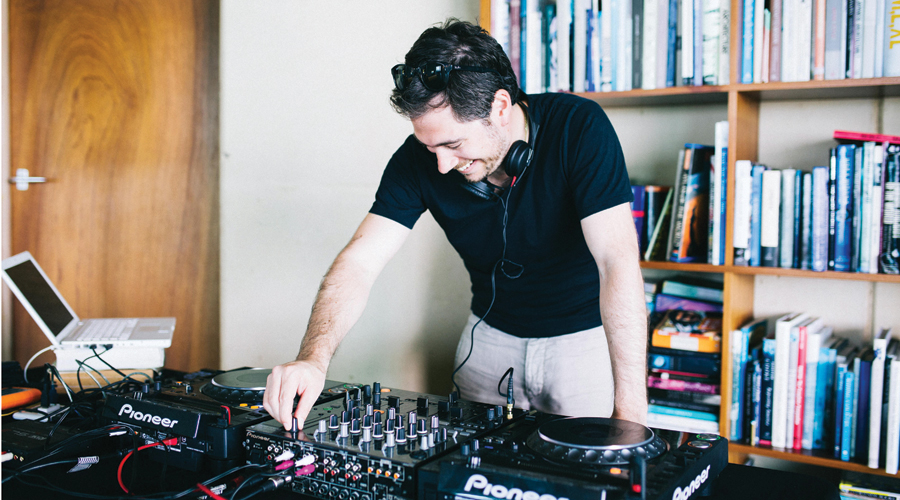 Adriano Konialidis is a difficult man to pin down. I’ve known him for years, yet he’s still elusive. Maybe that’s what record label owners become. Elusive.

When we finally meet it’s just prior to the release of his second record, Cerca Del Mar, a remix project featuring Trio de Cajón, Argenis Brito, Xavi Zeta and the Dubai-based DJ and producer Megadon Betamax. For Konialidis, it is a record that has been long in the making.

Almost four years have passed since Desmo Records’ debut release, the double album A L.A.S, and this year Konialidis is ramping up the label’s productivity. Last month saw the global launch of Cerca Del Mar, while a 12in remix of Lebanese singer Tania Saleh’s Lezim and Shwayit Sowar will be distributed later in the year. A collaborative electro-soul project is also in the works, as is a full-blown album by Uruguayan singer-songwriter Pablo Damonte. A collection of Balkan accordion music will likely follow, while the label’s first official signing – Argentinean artist The Peronists – has now been brought on board.

All of which is being co-ordinated from Konialidis’ studio in Dubai. It is from there that he originally launched Desmo Records back in 2012.

The first two releases have had an unmistakably Latin flavour, which is understandable given Konialidis’ Uruguayan upbringing, Greek parentage and Swiss schooling. The album A L.A.S featured traditional Argentinean and Uruguayan folk music performed by Trio de Cajón, alongside remixes by the likes of Mark Farina, Mo’Horizons, Jon Kennedy and Argenis Brito. Brito has re-appeared on Cerca Del Mar, while Kennedy will return on the forthcoming Saleh 12in.

As we chat, Konialidis appears a refreshing oddity. In the sense that he is a record producer, musician and DJ sticking to the principles of great music in a country defined by the antics of the mainstream. He is also a vinyl head, insisting on pressing records in a region where independent record labels are a rarity. He is also – so far – largely defined by the remix.

“You know, I happened to corner myself into the remix space unintentionally,” says Konialidis, who goes by the name of Adriano K. “The truth is, being a classically trained musician, I sometimes feel I am able to bridge a gap that exists between the ‘purist’ musician and the electronic producer’s mind. For some reason, I am lucky to understand both sides of the coin – musician versus producer – and whilst I respect the purists, I admit I often see a door they sometimes are unaware of. So when remixing a track, I somehow hope to act as a sort of gateway to help bring their music to a new audience. In other words, I feel that through remixes an artist might gain exposure to a certain crowd that otherwise would never have discovered their talents.

“That said, I am also working on original work. Cerca Del Mar, funnily enough, is an original piece I composed with Trio de Cajón. We were actually taking a break from a long recording session one day and started jamming. I ended up shelving it and only came back to it about a year-and-a-half ago to produce the original track, but ended up with three lovely remixes and a 12in vinyl release.”

Is that how you work? Shelve a project, return to it, shelve it again, and pick up where you left off?

“Yeah. I think I have a bit of an odd approach to working. In the sense that I work on something and then sit on it for a while – in some cases up to a year or more – and then come back to it once I have a clearer idea of what I want to do with it. Ninety-five per cent of what you hear in my productions is recorded live. I enjoy playing and recording my own instruments. I’ll usually start with a little riff on guitar or piano and build on that. When I work on my own productions, I don’t usually write a song as such. I’m not a singer songwriter. More of an improviser. From a working and efficiency point of view I don’t think I can argue in favour of this method, but that’s just me. When I work on a remix, I usually know exactly what parts I want to work on, where my key melody is, etc, right from the start. From the moment I’ve heard the track for the first time.” 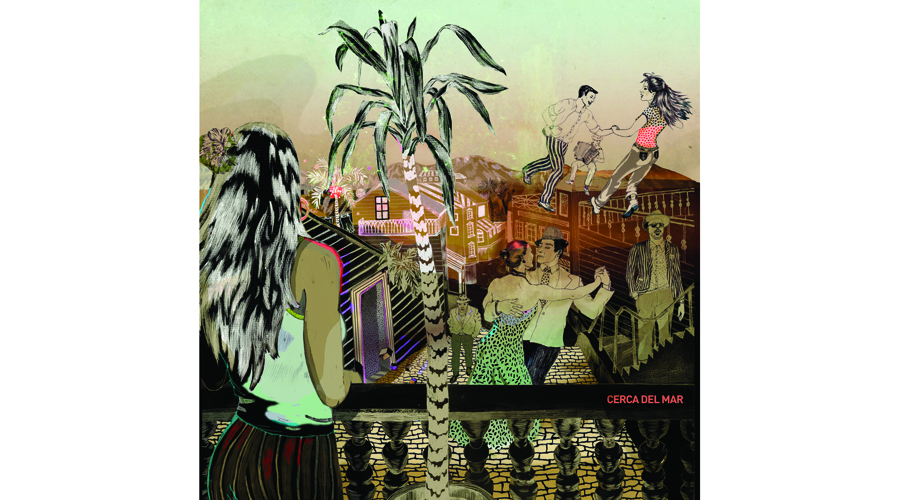 Konialidis’ ‘Village Triangle’ remix of Cerca Del Mar with Megadon Betamax is a mid-tempo Latin house dreamer. It also, in many ways, epitomises the renewed energy of Desmo Records.

“We first set up the label with the intention of releasing what we thought was good music, not with the intention of making money. Far from it,” he says. “I knew we were going to lose money from day one. That is the sad reality of being a small fish in a big pond. But my hopes were – and still are – that ten or so years from now we’ll have a roster of releases interesting enough to raise a few eye-brows in the music world. And hopefully we’ll be able to generate some revenues to get the label to actually make some money. We just have to keep on believing that it will happen.”

Do you enjoy it? Running your own label.

“Yeah, every moment. The good ones and the not-so-good ones. Let’s be realistic. When deciding to go up against the giants of the music industry a few years ago I knew it was never going to be an easy game. My end product and my objectives are slightly different from the larger players in the industry, and that’s all good. Dealing with legal issues, royalties’ collections agreements, finances etc all takes a bit of time. However, living in Dubai has allowed me to meet people from all parts of the world and has added a tremendous varied layer of influences to the musicians I am now able to work and record with. This would not have been possible in any other place and I hope it will come through with a few of the planned releases for the next year or two.”