Who is the man behind the messages? 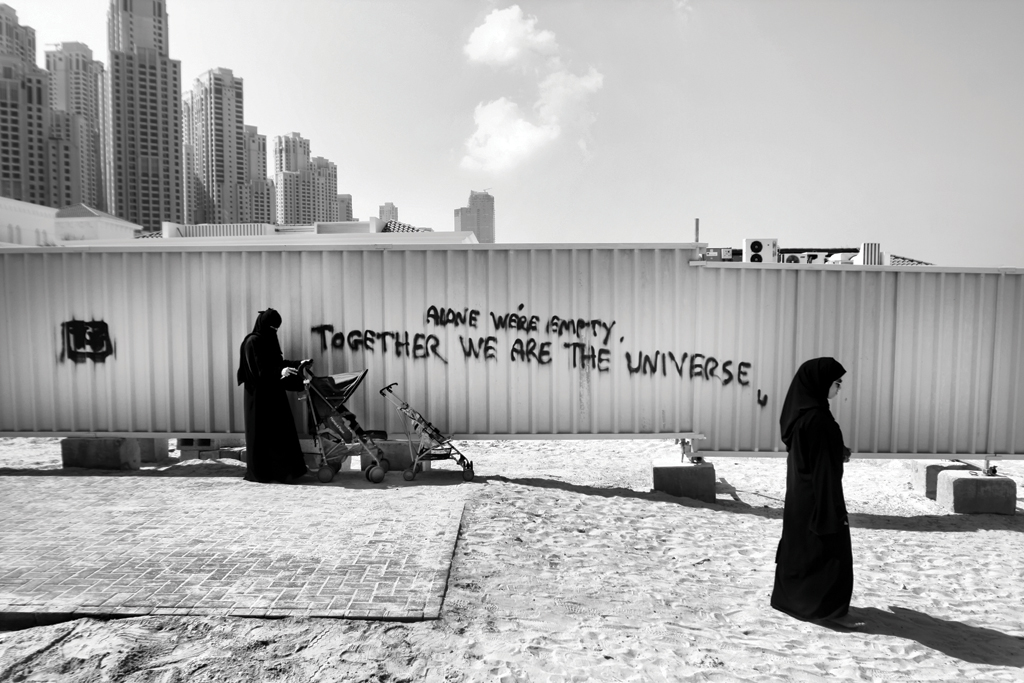 Across the world, urban spaces are strewn with amateur posters, stickers and graffiti. Buildings, subways, fences – one man’s brick wall is another man’s blank canvas. Not so in polite Dubai, a city pretty much devoid of such paint-strewn goings on, so the sight of spray paint messages around town is something of a novelty.

“Arcadia Blank has begun posting his messages as printed signs rather than handwritten daubs, lending his words an air of legitimacy.”

You may have spotted them. The phrases range from the rousing “Alone we are empty; together we are the universe”, to the romantic “Love is an untameable beast”, and the forlorn “All my dreams drowned in dollars”. The man responsible is street artist Arcadia Blank, who protects his real identity fiercely. When we eventually tracked him for an interview, he, politely but not unsurprisingly, declined. All we know is his gender (supposedly), and his oxymoronic moniker. Answers on a postcard if you can decode his tag: sometimes a triangle, sometimes a shape made with three sides of a square. 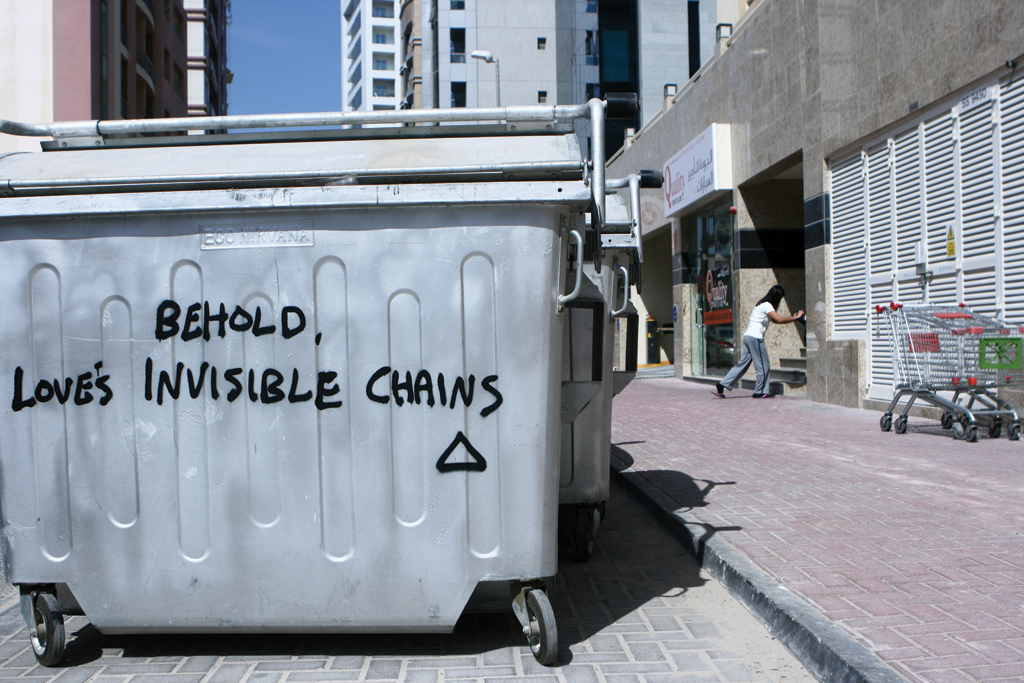 His unembellished scrawls tell of a man in a hurry – there’s no time to dawdle with a doodle when Dubai Police are on the prowl. Severe penalties for vandalism in the UAE have scared off most would-be street artists, who must make do with commissions like the Beach Road mural by Ruben Sanchez, or quasi-urban events in hotels or Alserkal Avenue. In fact, Arcadia Blank has begun posting his messages as printed signs rather than handwritten daubs, lending his words an air of legitimacy. This could be an artistic choice, or just a quicker way of leaving a message and getting away with it. 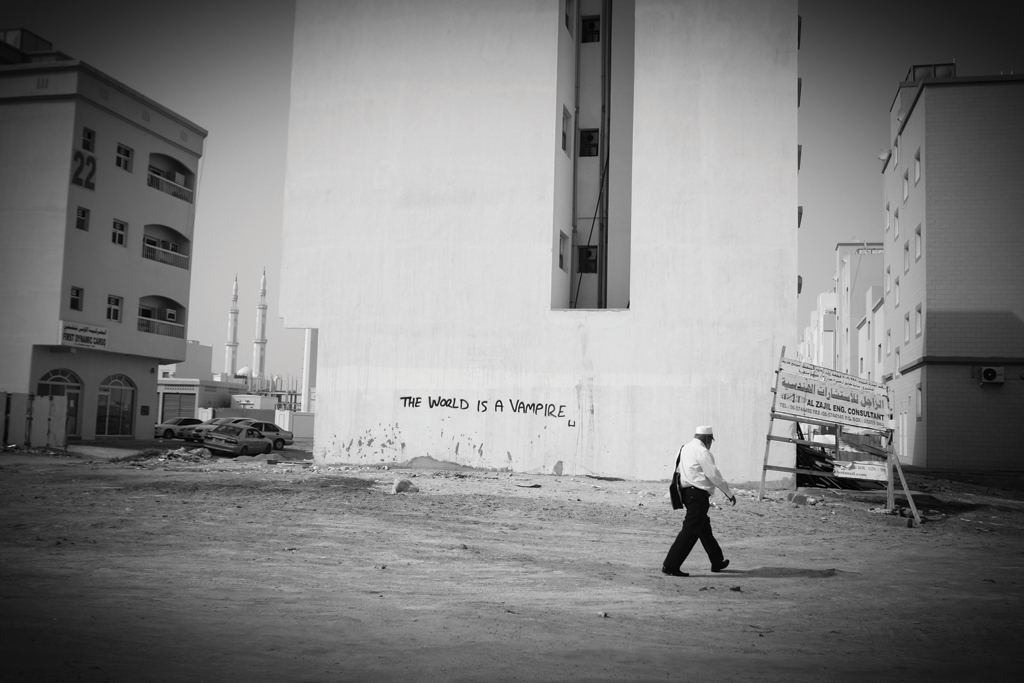 He has been ‘hitting up’ the walls, fences and dumpsters of Dubai for at least three years, so inspiration seems to be flowing. Whatever his mission, he has broken a mould in Dubai by going public with off-brand thoughts. Applaud him at your peril.

Prints of Arcadia Blank’s photography are available from capsulearts.com and arcadiablank.tumblr.com

Off The Wall
Advertisement